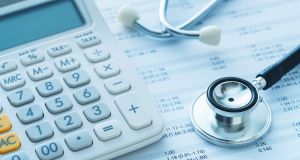 Public health specialists have been campaigning for some time for public health to become a consultant-led service. File photograph: Getty Images/iStock

In an interview last Sunday the Minister for Health Stephen Donnelly suggested more progress had been made in the last five months to deal with the grievances and concerns of public health doctors than had been done in years.

The Minister strongly backs reforms of the public health system, including the appointment of new public health consultants, a key demand of the doctors.

However, the difficulty arises over the way it would appear the Government envisages that these reforms would be implemented, as well as the timescale and manner regarding the appointment of the new consultants.

The Minister said it was regrettable and disappointing that public health doctors would threaten to walk off the pitch in the middle of a pandemic and said there was no need for industrial action given the progress that was being made in addressing their concerns .

However, relations between the doctors, their trade union – the Irish Medical Organisation (IMO) – and the Department of Health appear to have deteriorated significantly in recent days.

Public health specialists, who are now set to stage three days of strike in January, have been campaigning for some time for public health to become a consultant-led service and for them to be awarded consultant contracts “to reflect their expertise and specialist skills”.

Mr Donnelly said he planned to double the size of the public health workforce and that a business case on a detailed framework for a future public health model, to include consultant-level roles, had been submitted to the Department of Public Expenditure in mid-November.

However, a key issue in the dispute now appears to be the precise proposals in this business case, as well as where exactly they would fit in the Government’s overall healthcare reforms.

The doctors point to a 2018 report by consultants Crowe Howarth which recommended “the Department of Health should give serious consideration to the awarding of consultant status to those public health doctors who meet defined criteria in respect of academic qualifications and experience, and that their remuneration package should be reviewed to ensure that competitive and attractive salary packages can be offered”.

However, the type of contract the State should have with medical consultants in the future lies at the heart of the Government’s healthcare reforms. And it would appear that the public health doctors’ dispute has become enmeshed in this issue.

The chairwoman of the IMO’s public health committee Dr Ina Kelly said on Monday that during previous discussions in 2019 “it was agreed between the Department and the IMO that the contract to be offered would be the current public-only consultant contract” that is in place.

However, the doctors believe that this is not what is now being proposed.

Last Friday The Irish Times reported that the Department of Health had proposed in its business case that about 80 consultant posts in public health medicine be established and that these positions could be advertised early next year.

The specialists concerned currently earn about €113,000 a year and the new proposals would represent a significant increase in pay.

However, the proposed salary scale set out in the business case is exactly the same as that put forward by the then government last December for a new type of contract – a Sláintecare contract – on which it wanted all future consultant appointments to be based.

Alarm bells started ringing among the public health doctors and their union shortly after The Irish Times story appeared online.

The overall proposed new Sláintecare contract would provide higher salaries for consultants but on condition they treated only public patients. The proposals are controversial in the medical world and there is no agreement with representative bodies on its introduction .

The public health doctors were angry that it appeared they were being offered a type of consultant contract that was not yet in existence.

There were also fears that the proposal in the business case could essentially be a Trojan horse, which could result in the Sláintecare contract being implemented initially for public health specialists as a resolution to their dispute before subsequently being rolled out as a fait accompli to consultants in the hospital system.

Dr Kelly said “Talk of Slaintecare contracts is disingenuous in the extreme, considering such contracts do not exist and need to be agreed with the wider consultant body. We are not looking for anything more than the current contractual terms which are being offered to any consultant being recruited. It is all the more disappointing that we, as a speciality, have gone above and beyond in terms of taking on additional duties, working onerous hours and doing everything possible within our very limited resources to manage the pandemic.”

However, sources within Government maintain that the possibility of the public health doctors being offered an existing public-only contract – which has a salary ranging from about €141,000 - €195,000 is not off the table entirely.

The public health doctors are also fearful that the proposal to hire 80 consultants may not mean that the existing 60 specialists would be automatically upgraded. There are also worries that the new posts may only come on stream on a phased basis and that some specialists could be left waiting.

Within Government there is a view that the cohort of doctors at the top of the public health field needs to be expanded and that the significantly increased pay levels on offer – whether under Slaintecare or the existing public-only consultant arrangement could potentially attract high-calibre candidates.