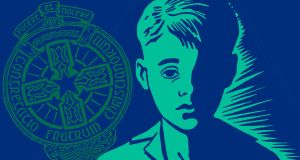 Hundreds of survivors of institutional child abuse will not receive support for health, housing and other needs from a dedicated fund after they missed a deadline for applications, it has emerged.

Meanwhile, the Christian Brothers have not yet transferred all of the money the order owes to the fund.

Caranua, established in 2012 to manage €110 million pledged by congregations to enhance survivors’ lives, received 378 applications for financial support after it announced that it would wind down operations in August 2018.

The organisation will tell the Public Accounts Committee (Pac) on Thursday that, apart from exceptional circumstances, funding supports have not been offered to those 378 survivors. Instead, they have been offered “advocacy supports”.

To date, almost €107 million has been received from religious congregations, although €3 million is outstanding in contributions, believed to be the money owed by the Christian Brothers. This is expected to be received in full by December.

“As legislation prevents Caranua from making first contact with survivors, we were dependent on raising awareness of the cessation date through a variety of methods including outreach events, poster campaign, media advertising, word of mouth and working with survivor support and other stakeholder groups,” according to an opening statement provided to the committee.

Caranua officials will also tell the committee that many survivors were “upset” and felt that they were not trusted after they were written to and asked for receipts for funding which was issued them.

Advisors asked that survivors “send in their receipts for all funding supports received”.

“While this may seem like a straightforward task, receiving the letters was upsetting for some survivors as they felt we did not trust them, which was not the case at all. It can be a challenge to meet both the needs of survivors and audit recommendations.”

The largest allocations of such funding went towards home improvements at €65 million, followed by health at €24.5 million

To date, Caranua has received 66 per cent of receipts from funding supports made during 2018.

The fund began accepting applications in January 2014. Since then 6,543 applications were lodged for financial support. By the end of September 2019, more than 54,000 funding supports payments to the value of €91 million have been made.

The largest allocations of such funding went towards home improvements at €65 million, followed by health at €24.5 million, education at €1.4 million and exceptional needs support payments of €280,000.

“As Caranua operates with a limited fund, which is now nearly expended, we are nearing the end of our remit and are currently in the process of winding down,” the organisation is expected to state on Thursday. A “wind-down” committee has now been established.

The Christian Brothers confirmed to the Department of Education that it will pay any remaining amounts through a series of monthly cash transfers between September and December.