Abortion not a ‘cut and dried issue’ among students

‘I think there are lots of undecided students,’ says member of Life Society UCD

Students from the UCD Life Society believe there is "a lot more pro-life students than people think" and their voices will grow louder as the referendum on the Eight Amendment draws nearer. 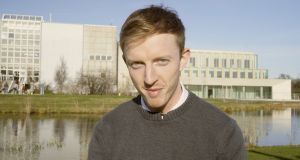 Abortion is “not a cut and dried issue among young people”, and students are not automatically pro-choice, one University College Dublin (UCD) student Robert Lee said, ahead of the referendum on the Eighth Amendment set for May 25th.

“There’s a lot of students who come on the pro-life side but maybe aren’t very vocal about it,” said Lee, who is a member of the Life Society UCD. “I think in reality there’s a lot of undecided students who realise there are two parties’ rights who have to be considered.”

“My view is the right to life of the mother is top of the hierarchy and should always take precedence,” he said, but he believes the unborn’s right to life should also always be considered.

Students opposed to abortion were reluctant to speak out “against the crowd” on campuses, Mr Lee said. Any abuse the Life Society receives comes online. “If we talk to people face to face there’s generally a positive discourse,” he said.

The Government has proposed to legislate for pregnancy terminations up to 12 weeks unrestricted, and afterwards if there is a risk to the physical or mental health of the woman, or where there is a foetal condition likely to result in death before or shortly after birth.

Therese Friis (22) is a science student in Trinity College Dublin, who moved to Ireland from Denmark when she was 15.

“I’ve always been pro-life, it seems more natural to me to care for everyone equally, regardless of whether or not they have been born,” she said. “I feel that we should always do as much as we can to save the life of the child . . . The child is no less of a human being just because the mother is at risk because of that pregnancy.”

Students are afraid to openly publicise their anti-abortion views, for fear of being pigeonholed as “that person” in their course or class, Ms Friis said. “The majority of students are pro-choice, but there are a lot of pro-life students, more than people would think” she said.

She described herself as a “staunch atheist” and said religion did not influence her views on abortion.

Friis, who has a four-year-old child, rejected the argument that having a child while studying in university was “too difficult”, and said more focus should be put on improving childcare supports rather than introducing abortion.

Alexandra Brazil (21) another member of the Life Society UCD, said there was “a lot of diverse viewpoints” on campus on the issue, and it was wrong to presume young people were automatically pro-choice.

“I know a lot of people who would be quietly pro-life but wouldn’t stand up and voice their opinions,” said Brazil, who studies business and law.

Facts about the development of the unborn child in the womb informed her anti-abortion view, she said. “Over the years I came to the realisation that I didn’t think abortion was the solution to a very hard issue,” she said.