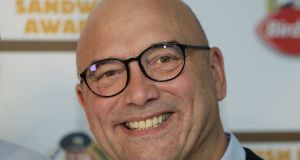 Angry Malaysians on Tuesday defended a Malaysian-born chef who was knocked out of a British cooking competition television show after judges said the chicken dish she served was not crispy enough.

Bristol-based Zaleha Kadir Olpin had cooked nasi lemak, a beloved traditional Malaysian dish, served with chicken rendang in the quarter-final of the BBC show MasterChef UK, after contestants were asked to prepare a meal that was important to them.

Judges John Torode and Gregg Wallace turned their noses up at the dish.

“The chicken skin isn’t crispy, it can’t be eaten. All the sauce is on the skin I can’t eat,” Wallace said.

Torode, an Australian chef, said the chicken had to be “really, really soft, and falling apart”.

“MasterChef UK” and “rendanggate” were trending on Twitter following the episode, as furious Malaysians attacked the judges for not knowing how spicy chicken rendang should be cooked.

Maybe Rendang is Indonesian !! Love this !! Brilliant how excited you are all getting .. Namaste 🙏🏻 https://t.co/CThRmhaEAc

“Don’t tell us how to cook a dish that comes from this part of the world when you don’t have a clue,” travel writer Anis Ibrahim wrote on Twitter.

Torode riled Malaysians even more by suggesting on Twitter that chicken rendang was from neighbouring Indonesia, and ending his tweet with “namaste”, an Indian greeting.

“Maybe Rendang is Indonesian!! Love this!! Brilliant how excited you are all getting . . . Namaste,” he wrote.

Britain’s ambassador in Malaysia, Vicki Treadell, joined the fray, coming out diplomatically on the side of her hosts.

“Rendang is an iconic Malaysian national dish not to be confused with Indonesian options . . . It is never crispy and should also not be confused with the fried chicken sometimes served with nasi lemak,” she said.

The foreign ministry was not going to be left out.

“It’s amusing when foreigners try to teach Malaysians on their own traditional dish. It prompts us to ask whether this is a form of ‘whitesplaining’ on social media,” foreign minister Anifah Aman said in a Facebook post. – Reuters