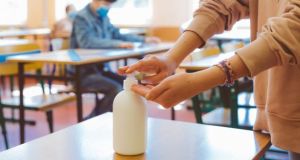 Teachers and special needs assistants, said efforts to reassure their members that it was safe for schools to open limited services to students had “failed”.

The Government has been forced to abandon plans to resume classes for thousands of children with additional needs on Thursday after unions rebuffed their request to reopen schools.

The Irish National Teachers’ Organisation (INTO) and Fórsa, which represents special needs assistants, said efforts to reassure their members that it was safe for schools to open limited services to students had “failed”.

Both unions last night urged the Government to postpone the resumption of special education until “further discussions can achieve improved safety measures including Covid testing, leading to the resumption of all school services”.

A Department of Education spokesman confirmed special schools and classes will remain closed and said the unions’ stance was “regrettable”.

He reiterated that it was the position of public health experts that special classes and schools are safe to open.

Advocacy organisations for children with additional needs said their families had been “almost completely forgotten about” in conversations over school reopening, he said.

Earlier, after the Cabinet had been briefed on the issue, one Minister observed that if the unions refused to co-operate with the return of special education, they would be the only group of frontline workers who have refused to return to work.

New figures on Tuesday night from the National Public Health Emergency Team (Nphet) showed that the rate of daily infections is continuing to fall, with 2,001 new cases reported. However, the highest daily number of deaths since the pandemic began was also recorded, with officials reporting 93 further fatalities.

Elsewhere, a plan by Minister for Health Stephen Donnelly to speed up delivery of the AstraZeneca vaccine was dealt a blow after the European Commission confirmed that doses cannot be delivered to member states until there is clearance from the European Medicines Agency.

Asked about the early rollout of of the AstraZeneca vaccine on Tuesday night, Mr Donnelly said that it was an “ambitious ask” to get the supplies in early, and that it would have to be agreed with both the company and the European Commission as “it would have to be done on an EU basis”.

Cabinet was also told on Tuesday that vaccination teams may have to revisit nursing homes as an increasing number of long-term care facilities are going through Covid-19 outbreaks. Officials aim to deliver 43,000 doses to 367 nursing homes this week, meaning the majority of residents and staff will have received their first dose by the end of the week.

Cabinet sources said that by the end of March the “risk profile” of the country will have “changed significantly”, giving hope that Ireland could begin to move out of the most stringent restrictions in the spring.

“Everyone’s very happy with the deal,” he said.

The Cabinet is also understood to have discussed the emerging clinical data from Israel, a country with one of the fastest vaccination rollouts.

It is understood some Ministers expressed concern that despite the fact Israel is leading the charge on vaccines, case numbers continue to rise, with 10,000 new daily infections recorded this Monday.

EU leaders will hold a video call on Thursday to discuss co-ordination of the pandemic response, particularly on vaccination programmes.

The commission has called for EU member states to issue vaccination certificates to each person who receives the vaccine, and for these certificates to be mutually recognised across the union.

This would open the door for some governments to choose to ease restrictions for people who have received the vaccine, for example, by allowing them to skip quarantine or testing requirements.