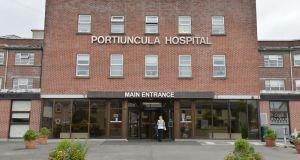 A report into maternity services at Portiuncula University Hospital has identified multiple serious failures, including staffing issues, a lack of training and poor communication among maternity staff, which contributed to the death of three babies.

The long-delayed report, which was commissioned in January 2015, examined the delivery and neonatal care of 18 babies at the Galway hospital.

It also contains an apology to the parents from Portiuncula and the HSE. “The hospital and the HSE acknowledge that the families’ experiences were in some cases devastating and that these events have had a profound and lasting impact on all the families.”

Today Dr Pat Nash of Saolta, the hospital’s parent organisation, reiterated the apology: “We know that this has been a deeply traumatic process for them which has been compounded by the length of time this complex review process took to complete.”

Of the 18 births examined by the review team, six involved either still-births or the death of the baby shortly after delivery. In three of these cases there were “key casual factors” which if handled differently would have likely led to a different outcome.

In a further six cases the baby suffered some level of injury, including in one case, Grade 3 Hypoxic Ischaemic Encephalopathy (HIE), which can result in brain damage and cerebral palsy.

In three of these cases better hospital care would have led to improved outcomes, the report said.

The majority of the problems involved poor pre-natal assessment of the babies and a failure to quickly escalate the level of care when problems first presented.

A lack of disclosure to families is a key theme of the report, especially in cases from before 2014. In seventeen out of the 18 cases there was a lack of open disclosure about their baby. In eight of these cases the lack of information had a significant effect on the family.

Issues at the hospital first came to light when it was noticed an unusually high number of babies were being sent to Dublin for Therapeutic Hypothermia (sometimes known as baby cooling), a treatment usually used in cases where babies were deprived of oxygen during birth.

The report by Professor James Walker stated that different management of obstetric care would have likely made a difference in 10 out of the 18 cases examined.

The report identified “major” issues in eleven of the cases and “moderate” issues in two.

Several cases involved failures to recognise pre-natal signs that there may be a problem with the birth including abnormal foetal heartbeats.

There were also failures to expedite the delivery of the babies in several cases where potential problems were identified.

On several occasions, particularly out of hours and at weekends, no obstetric consultant or clinical midwifery manner were available to assist in the birth.

On another occasion, over a holiday weekend, there was an incorrect decision to defer an assessment of the foetus.

Incorrect use of oxytocin, a drug designed to stimulate birth, was identified in several cases, as were failures to escalate serious cases to an obstetric consultant.

There was an understaffing of both midwives and consultants at the hospital “resulting in a lack of support in the acute area,” the report said.

This made it “difficult to provide care to women when things went wrong.”

During the period under review, 2008 to 2014, two directors of nursing and one assistant director of nursing did not have midwifery qualifications.

“There was a lack of senior midwifery support in the labour ward and a lack of a consultant presence,” the review said.

The report also identified several communication issues both internally between staff and between the hospital and families.

In some cases there were inappropriate arrangements for follow-up appointments including where parents who lost a baby had to wait for over an hour in a waiting room surrounded by expectant women.

There was also a failure to complete timely reviews of incidents “resulting in missed opportunities to learn from them and to help prevent future occurrences.”

During the period under review, Portiuncula’s position in the health care system was extensively reorganised, with the hospital eventually becoming part of the SAOLTA group in 2014.

This reconfiguration added to the problems by “creating an unsettled atmosphere within PUH, resulting in a failure to manage change and a blurring of roles and responsibilities which is common in such reconfigurations,” the report said.

“These findings possibly suggest a general problem for many hospitals in Ireland where staffing, incident reporting and training may be insufficient.”

The HSE apologised for the delay in issuing the report which was originally due in mid-2015 but was beset with delays.

“This has been a complex process and we have endeavoured to complete a rigorous review within the shortest possible timeframe. Never-the-less, we are conscious that these extended timelines can be very stressful for families and staff, especially to those who have waited many years for answers,” the report stated.

Prof Walker said the report is not about attributing blame but that staff and national agencies must accept their responsibilities for the incidents involved and for the solutions.

He said since the start of the investigation Portiuncula has begun addressing many of the issues raised and that significant progress has been made in this regard.

This afternoon Minister for Health Simon Harris said the HSE and PUH have established a team to implement the recommendations in the report and will consult with the affected families.

“I would like to convey my sympathies to the families involved and welcome the completion of this process for them. What we want to see now is action on the foot of this review and I have been informed by the HSE that this action is already underway,” he said.