Have you been affected by the CervicalCheck scandal? 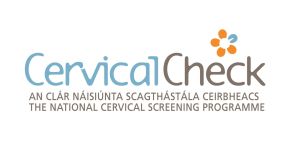 The CervicalCheck scandal that was brought to light by Vicky Phelan’s High Court case has rocked the country.

Ms Phelan, a 43-year-old mother of two from Co Limerick, took proceedings after it emerged her 2011 smear test, which showed no abnormalities, was found, in a 2014 audit of smear tests on a number of women, to be incorrect. She was diagnosed with cervical cancer in 2014 but did not learn of the review or audit until 2017.

An audit at CervicalCheck over the weekend found in the cases of 208 women diagnosed with cervical cancer, an original smear test had falsely given them the all-clear.

Have you been affected by the CervicalCheck scandal?

In total, 162 of these women were not told about the revised results and of these women, 17 are now dead. If signs of the cancer had been detected in the original tests, women may have received treatment earlier.

“I could be another one of those women. If I had died I would have been on that list. Thankfully I didn’t and I’m here to tell the tale. And by God I’m going to take these guys on. I think it’s disgraceful what they’ve been doing to the women of Ireland.”

The Irish Times would like to speak to people who have been affected by the cervical cancer screening scandal. Have you been notified that you received an incorrect result? Do you suspect something may have been missed?