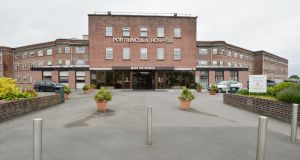 October 2014: Portiuncula Hospital identifies as an “unusual trend” the transfer of four newborns to Dublin for head-cooling, a treatment used to minimise the effect of oxygen deprivation.

December 22nd: Minister for Health Leo Varadkar in meeting about maternity services in Portlaoise; problems at Portiuncula not referred to.

December 23rd: Saolta instructs hospital to implement “protective measures” and says full review of maternity services will be carried out and seven women will be informed.

December 30th: Dr Holohan expresses surprise as this is first the Department has heard of issues at Portiuncula.

January 2015: Department and HSE clash over escalation of the issue to national level and seriousness of situation. HSE resists apologising to families at this stage. Delay in informing women and setting up inquiry.

November 2017: A jury deliver a verdict of medical misadventure at the inquest of Asha Reilly, who was still born in Portiuncula in 2008. The hospital also apologies to her parents, Lorraine and Warren Reilly, who lost a second baby there, Amber, in 2010.

May 2018: Investigation report is finally published, more than three years after it was announced.