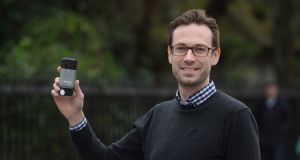 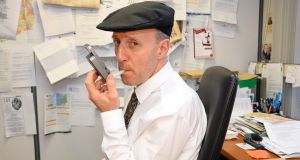 Michael Healy Rae says every household should be given a single-use breathalyser. Photograph: Justin Farrelly

Every household in Ireland should be given a single-use breathalyser because of the implications of tighter drink-driving legislation now in force in Ireland, according to Kerry TD Michael Healy-Rae.

There was a precedent, he believed, as Charlie Haughey when minister for health in the 1970s distributed free toothbrushes for everybody because of the extent of poor dental care.

While he was not a supporter of recently introduced tighter drink-driving laws because of their impact on rural pubs, the law was in place and people needed to be able to easily get an accurate indication of alcohol in their system, he said.

Mr Healy Rae said he was concerned people did not realise the implications of the legislative changes. That was why he favoured widespread availability of disposable breathalysers. “Particularly for the morning after, I would encourage people to have them,” he said.

He believed there was an absence of “self-testing” for alcohol, so many people might be acting responsibly by getting a designated driver to bring them home after drinking only to get caught the following day.

The blood alcohol concentration limit is 50mg per 100ml of blood for drivers, and 20mg for new drivers and commercial drivers. But new legislation came into effect in October whereby first-time drink-driving offenders are automatically banned from driving for three months if caught with between 50mg and 80mg of alcohol.

Mr Healy-Rae said the issue of alcohol levels over time and the new law was the biggest talking point over Christmas. “People are saying ‘I think I’m fine’ but they don’t have a clue. Take ‘the think’ out of it.” This, he said, could be done for as little as €3.50 by buying a reliable disposable breathalyser.

The TD said, however, he was aware of uncertified products coming onto the Irish market, so much so, he dreaded scenarios where drivers believe they are inside the limit but are told by a garda that they are over the limit.

Speaking in Dublin on Thursday the GT racing driver and developer of AlcoSense breathalysers, Hunter Abbott, said the number of poor quality, inaccurate breathalysers was “prolific” in what was an unregulated sector in the UK and Ireland – AlcoSense sells a single-use breathalyser and a range of re-usable digital breathalysers built to medical device standards and similar to those used by police forces. It also provides a service to regularly recalibrate devices.

“Irish motorists are in the main responsible. They are not trying to push the limits. The problem is that, after a night out, they need to be sure that they are safe to drive in the morning,” he said.

“Some people can have four or five drinks and they will be safe to drive 10 hours later. Others may still have sufficient alcohol in their blood stream to fail a breath test. Drink four pints or four glasses of wine between 9pm and midnight and you could still have alcohol in your system at 11am the next day,” he pointed out – using certified devices such as the AlcoSense single-use breathalyser provided reassurance, he said.

For people whose income depended on ability to drive, a reliable re-usable digital device, costing up to €120, was “not much of a sacrifice to ensure you keep your livelihood”, Abbott added.

William Rochford of BR Marketing, distributor of Alcosense breathalysers in Ireland, said the new risks for drivers, especially when motoring early in the day following a night’s drinking, were obvious. “It’s purely and simply down to the change in the law. The new reality is that people have to be more precautious in the morning, if they have been drinking the night before.”

He said a lot of brands now being imported into Ireland were not certified, and cited independent analysis showing some breathalysers were unreliable. Accurate digital devices similar to those used by the Garda were now available, though he questioned the reliability of some cheaper versions in circulation.

Since 2012, it has been mandatory in France that drivers carry two disposable breathalysers in their vehicles at all times. Two products are approved for use in such circumstances, including an AlcoSense single-use device. French police are increasingly using the disposable version themselves to breathalyse large numbers of motorists at a checkpoint, and then confirming the alcohol level using a digital device when alcohol is confirmed initially.

On the issue of whether Ireland should adopt the French system, Mr Healy Rae said there was enough legislation on drink-driving in Ireland, and anticipated a time when vehicles would not be driveable unless drivers were shown – through an in-car device – to be inside the limit.

In the UK, some police services – notably in Devon, Cornwall, Dorset and Cheshire – give out single-use breathalysers free of charge in awareness campaigns at public events.

The Road Safety Authority said it was not in a position to recommend any off-the-shelf breathalysers “as we cannot guarantee their validity”. Garda roadside and station-based breathalysers were calibrated regularly by the Medical Bureau of Road Safety, and ultimately were the only ones that matter in a court of law, a spokesman said.

“Even very low levels of alcohol can impair driving and as we say there is no safe way to calculate how much alcohol you can drink and then be legal to drive. Our advice is as always, never, ever drink and drive,” he added.

A spokesman for the Minister for Transport Shane Ross said, “the regulation of medical devices and testing equipment are generally matters for the Health Products Regulatory Authority and the National Standards Authority of Ireland, respectively”.