More than 6,000 elderly on waiting lists for homecare services 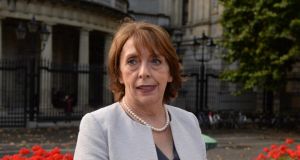 More than 6,000 elderly people are on waiting lists for home support services, according to the latest HSE figures.

A total of 6,324 older people across the State were on waiting lists in October, an increase of more than 200 since May.

The figures were obtained by Social Democrats co-leader Róisin Shortall. Dublin North, North Central, and North West had the highest number on waiting lists (1,567), followed by Galway, Mayo and Roscommon (1,205).

Wicklow (212) had the lowest number on waiting lists for home support services followed by Cork, Limerick and North Tipperary (321).

Ms Shortall said homecare support is “vital” to allow older people to live independently in their own communities, rather than having to go into a nursing home.

“The Minister [for Health] announced that there would be funding for an additional 550 homecare packages as part of the HSE’s winter plan,” she said.

“When seen in the context of these figures, 550 does not even represent a tenth of existing demand. This paltry figure is an insult to older people when so many are waiting for services.”

The Dublin North West TD said the Government needs to “make good” on its commitment to introduce a statutory entitlement to homecare “as soon as possible”.

“The average weekly cost for home-support services is €160. This is a fraction of the weekly cost of the average nursing home which is over €1,000 per week. Additionally, many older people remain in hospital longer than they need as no home supports are available,” Ms Shortall added.

“An acute hospital bed can cost the HSE approximately €6,000 per week and adds to waiting lists as people cannot return home. It is a complete failure of planning and a waste of resources.”