Smoky coal labelled as smokeless to get around ban, says CPL 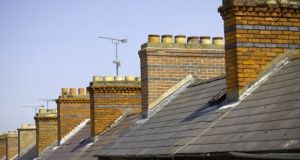 Laboratory tests show smoky coal is being improperly labelled as smokeless and sold in areas where it is banned, with sulphur levels almost three times the allowable limit detected in some instances.

Samples of fuel for sale, labelled as smokeless, in areas covered by the ban were tested by CPL Fuels, which has been pushing for the introduction of a long-delayed nationwide smoky coal ban by the Government.

The six tests, run at different points between January and December of this year, show that sulphur content of the fuels tested ranged from 4 per cent to 5.74 per cent.

Under the Air Pollution Act, the sulphur content of a low-smoke solid fuel has to be less than 2 per cent. The fuel samples were purchased in areas with a smoky coal ban, including Ennis, Letterkenny, Cork city, Tralee and Sligo.

The higher-sulphur coal emits significantly more particulate matter when it is burned, increasing the risk of serious health consequences.

“The smaller they are, the more likely they can get through all our systems, ending up in individual cells. These particles on the way through the atmosphere can pick up carcinogens, acids and heavy metals. When they get down to the bottom of the lungs, they release the chemicals.”

This, he said, leads to an increased incidence and risk of serious health complications, including stroke, heart disease and lung cancer. He called on local authorities, who are responsible for detection and enforcement of the ban, to crack down on illegal sales.

CPL, the company that ran the tests, said 100,000 tonnes of high-sulphur fuel was being smuggled across the border from Northern Ireland, where it is not banned, and sold in the Republic as smokeless coal.

The black market in smoky coal also results in a loss to the exchequer in terms of VAT and carbon taxes, CPL chief executive Tim Minnett said.

He said he had warned the Government repeatedly about smuggling, but “we haven’t seen any real enforcement on the ground”.

CPL, he said, had invested €20 million in a plant to produce low-smoke fuel in anticipation of the Government’s delayed smoky coal ban, which had been due to take effect this year. The ban has been postponed after legal threats from coal companies based outside the State which import smoky coal to Ireland. He called on the Government to introduce the proposed nationwide ban immediately, rather than running its proposed consultation on banning peat and wood as well as smoky coal.

Details of a plan to extend the ban to a further 13 towns, and run a consultation on other fuel types, reported yesterday by The Irish Times, have drawn criticism from the Opposition. Fianna Fáil said linking a smoky coal ban to the burning of all solid fuel was “an attempt to dodge their responsibilities”.

“The Government has promised time and time again to implement a nationwide ban on smoky coal, yet they are bowing to pressure from lobbyists outside the State not to do so,” Offaly TD Barry Cowen said. “They are now trying to make it a single issue in an attempt to deflect from their lack of action.”