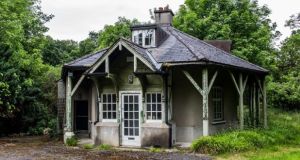 Rose Cottage: it was vacated in the last decade and has fallen into disrepair. Photograph: James Forde

The Office of Public Works (OPW) has been given permission for extensive refurbishment of a historic house in the Phoenix Park after scrapping plans to use the property for Airbnb-style letting.

Last May the OPW sought planning permission from Dublin City Council to refurbish Rose Cottage, formerly the home of the head deer keeper, and use it for “short-term holiday letting”.

Planning permission is required to change the use of a dwelling from a permanent home to short-term letting accommodation. Minister for Housing Eoghan Murphy last July introduced additional regulations for the holiday let sector following concerns the proliferation of “Airbnb-style” rentals was reducing the supply of housing, particularly in Dublin.

Several politicians and local residents’ groups objected to the OPW’s short-term letting plan for the cottage, which is close to the Ordinance Survey headquarters in the park.

Labour’s Joan Burton, who was a local TD at the time, said the restored cottage should be made available for housing for park staff. She warned that the park’s wildlife, particularly the deer, might be “harassed” by holiday-makers.

Fianna Fáil councillor Mary Fitzpatrick said the OPW’s application was “foolish” in light of the housing crisis in Dublin.

“It’s a long-standing tradition that these lodges have been allocated to park constables, rangers and other members of the park staff so that they are close by during emergencies,” she said.

Local residents’ group the Navan Road Community Council said the proposal was “wrong” when people were homeless, and suggested Garda vetting of guests would be necessary due to the proximity of Áras An Uachtaráin, the US ambassador’s residence, Garda headquarters and Farmleigh House.

The council’s planning department indicated to the OPW it was unlikely to approve the letting plan, noting Dublin city, including the Phoenix Park, was a designated rent pressure zone.

“A short-term letting use of the cottage is therefore a material change of use from the established permanent residential use.” There was an “objection in principle to the proposed use”, it said.

The OPW withdrew the application, but said refurbishment was still required, and last September submitted a fresh application for those works only.

Rose Cottage, which dates from about 1800, is one of about 40 park lodges, several of which are occupied by park staff. The cottage was vacated in the last decade and has fallen into disrepair.

Following the granting of permission by the council, the OPW will now restore the cottage and remove 20th century interventions, such as PVC downpipes, concrete roof tiles and modern doors and windows. They will be replaced with appropriate “conservation” materials.

It is understood the use of the cottage after the renovation work has yet to be determined. The city council has said it is its policy to consider the contribution of existing uses to the special interest of an area when assessing change-of-use applications, and will “promote compatible uses which ensure future long-term viability”.

While the OPW has not used any of the park’s lodges for short-term lets, it has leased a number of other OPW properties around the State, including lighthouses and schoolhouses, to the Irish Landmark Trust for holiday lettings.