Do you know your cetaceans from your elasmobranchs? Prove it 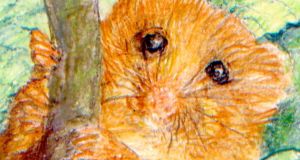 1 The bright-eyed little alien mammal in my drawing, newly spreading in Leinster, is Muscardinus avellanarius, the only living species in its genus. What is its common name?

2 One colony of a long-outnumbered Irish rodent lives on Lambay Island off Co Dublin. Which is it?

3 “Quicken your tune, O improvise before/ The combine and the digger come . . . ” Which Irish poet, who died this year, was warning the corncrake?

4 A piece of yellow rock, picked up on Killiney strand, had a smell “like resin or something soapy”. What was it?

5 A Siberian storm washed up marine life on the east coast late last winter/early spring, including octopuses and squat lobsters. What was its name?

6 Fields of tall miscanthus are a potential biomass crop; to which plant family does it belong?

7 NOAA, the US federal agency, keeps track of Atlantic hurricanes. What is its full name?

8 Which whale in Irish waters was called the “herring hog”: (a) minke (b) humpback or (c) fin?

9 Which Irish bird of prey detects rodents on the ground from urine that scent-marks their runways?

10 “Pteridomania” was a Victorian craze for collecting what from the wild?

11 What is the internationally used name for a lentil-like plastic raw material polluting global oceans?

12 Which common butterfly, in poet Robert Graves’s opinion “Will never now, it is too late/ Master the art of flying straight . . . ”?

13 Found under the leaves of which common weed, a mass of small black caterpillars will mature as peacock butterflies?

14 Egg cases of elasmobranchs such as nursehound and undulate ray have which common name?

15 Freshwater fishery research finds “a profound shift in the diet of pike in Irish lakes”. Are they eating (a) tench (b) roach or (c) dace?

16 Who thinks that “The Earth, our home, is beginning to look like an immense pile of filth in many parts of the planet”?

18 Irish sea anglers are barred from catching which ocean species that Hemingway called “the king of all fish”?

21 Yacon, a new vegetable for allotments, yields crops of (a) beans (b) leaves or (c) tubers?

22 Fly, bee and frog are kinds of which Irish wildflower?

23 Which is Ireland’s commonest breeding seabird?

24 Which substance makes up human fingernails, keratin or chitin?

25 Which mollusc has been relocated in Cork to make way for a dual-carriageway?

26 Which urban weedkiller has fallen out of favour for spraying around manholes and traffic signs?

27 This autumn brought appearances of earthstars; in which plant family?

28 Tiny spiders exude a thread to take them flying; what is it called?

29 Which Government Minister is in charge of nature conservation?

30 Which species of cetacean swam up the Liffey in November?

31 The website biology.ie adds sightings of wildlife killed on roads. A total of 1,876 so far this year is for (a) badgers (b) hedgehogs or (c) otters?

32 Which kind of mammal makes up almost a third of Ireland’s land mammal fauna? (a) rats (b) cats or (c) bats

33 REM sleep is when birds and animals dream; what are its signs?

34 Velella velella is a small blue jellyfish with a vertical fin on top. What is its common name?

36 Marksmen were employed in Co Cork a year ago to shoot escaped river-dwelling rodents, once valued for fur but imported for a pet farm. Were they (a) muskrats (b) coypus or (c) beavers?

37 Which male marine creature, of equine association, nurses its young in a pouch?

38 What is the name for an underground, water-bearing mass of rock that acts as a reservoir?

39 Which native Irish game bird, reduced to scarcity, is being restored in a bogland breeding project miles from the nearest pear tree?

40 “Do pee on the compost heaps – it adds nitrogen.” An injunction to his gardeners from which amiable foreign prince?

SCROLL DOWN FOR ANSWERS