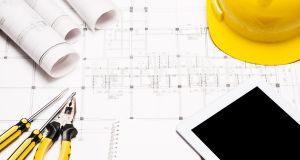 Lusk Community Council said the development would have a negative impact on traffic, and school capacity was “not adequate” to deal with increased demand

A development of more than 200 houses in Lusk, north Co Dublin has been denied planning permission because the plans did not take into account a cycling route set to run by the estate.

Dublin firm Dwyer Nolan Developments applied to build 228 homes on a site along Ministers Road, in Lusk. Some 193 homes were to be three-bed houses, and the developers intended to build a crèche in the housing estate.

The application was approved by Fingal County Council in January, but rejected on July 17th by An Bord Pleanála following an appeal.

Several local residents and community groups opposed the housing development. Labour Party TD Brendan Ryan objected to the proposal on the basis a council plan for the future development of Ministers Road was not completed. Approving the development prior to the local authority’s masterplan for the area would be “premature”, his objection said.

Lusk Community Council had objected to the housing plans, and took the successful appeal with An Bord Pleanála. The local group said the development would have a negative impact on traffic, and school capacity was “not adequate” to deal with increased demand.

Initially approving the development, Fingal County Council said the plans must be amended to accommodate a cycle path planned to run along Ministers Road. Planning permission was granted on the basis that 27 conditions were met.

However, the decision was overturned on appeal by An Bord Pleanála. A planning report from a board inspector said in principle building homes on the site was “acceptable”. But the report, completed in June, raised several concerns with Dwyer Nolan’s plans.

The report said the application did not comply with Department of Housing guidelines on the appropriate housing density for the area. Greenfield sites should have at least 35 houses per hectare, where the proposed Lusk estate had 27.6 homes per hectare. Department guidelines state developments under 30 units per hectare should “generally be discouraged in the interests of land efficiency”.

The report said the application “fails to make adequate provision” for the planned Lusk to Rush cycle route that would run along the edge of the site. “The proposed development would, therefore, be contrary to the proper planning and sustainable development of the area.”

Local Fine Gael councillor Tom O’Leary said he was “surprised” An Bord Pleanála had overruled the local authority’s decision. “We need houses, we needed them yesterday, the land is zoned for residential. It is annoying to lose a planning application because someone hadn’t pencilled in a cycling route.”