Ireland set to sell off €318 million investments in fossil fuels 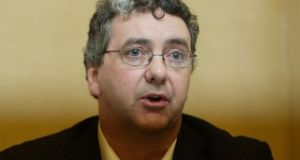 The Fossil Fuel Divestment Bill, passed in the Dáil on Thursday, now goes to the Seanad, where it is expected to go through quickly and become law by the end of the year, Deputy Thomas Pringle said.

Ireland is set to become the first country in the world to divest public money from fossil fuel assets following a landmark vote in the Dáil on Thursday.

The Fossil Fuel Divestment Bill, introduced by independent TD Thomas Pringle, will compel the Ireland Strategic Investment Fund (ISIF) to sell off its investments in the global fossil fuel industry, which as of June 2017, stood at €318 million, across 150 companies worldwide.

The bill seeks to align with Ireland’s climate change commitments agreed in the Paris Agreement on global warming. It was backed by the Government, following approval by the Cabinet in recent days.

The bill now goes to the Seanad, where it is expected to go through quickly and become law by the end of the year, Mr Pringle said.

“I think it’s significant in shaping the whole argument around climate change. The fact that the Government is accepting it should strengthen their position in demonstrating its commitment . . . Ireland must take on its fair share of the burden of climate action,” he said.

Mr Pringle said he was delighted his Bill completed all stages in the Dáil after months of negotiation with the Department of Finance.

“Not only is this a testament to cross-party co-operation and support on the issue of climate change in Ireland but a victory for the international fossil fuel divestment movement too.”

He paid tribute to the Irish aid organisation Trócaire, which liaised with the Government at committee stage and helped get the wording right. The outcome, the culmination of two years’ work, “is getting a welcome across the Third World”, he added.

“Domestically it will represent a significant increased onus on the Ireland Strategic Investment Fund, other State bodies – and importantly the Oireachtas – to hold ourselves to significantly higher levels of due diligence, transparency and accountability around the energy policy and investment decisions we take in the next few short years; decisions which will determine whether the Paris Agreement goals will be won or lost.”

Trócaire executive director Éamonn Meehan said: “Today the Oireachtas has made a powerful statement. It has responded to the public’s call for leadership on this issue and sent a powerful signal to the international community about the need to speed up the phase-out of fossil fuels if global climate goals are to be delivered.”

It would compel the ISIF to sell off its investments in the global fossil fuel industry, which as of June 2017, stood at €318 million, across 150 companies worldwide.

“This means the Bill is both substantive and symbolic,” Mr Meehan said. “It will stop public money being invested against the public interest, and it sends a clear signal, nationally and globally, that action on the climate crisis needs to be accelerated urgently, starting with the phase out of fossil fuels.”

Climate change was one of the leading drivers of poverty and hunger in the developing world, he added, “and we see its devastating impact every day in the communities in which we work”.

Extended droughts, floods and storms have already contributed to the deaths of hundreds of thousands of people, with millions more facing hunger and in need of urgent aid just to survive, Mr Meehan said.

“Ireland has gained a reputation internationally in recent years as a ‘climate laggard’ and just last month Ireland was ranked the second worst European country for Climate Action, so the passing of this Bill is good news but has to mark a significant change of pace on the issue.”

Gerry Liston, legal officer with the Global Legal Action Network, which helped draft the Bill, underlined the need for urgency.

“Governments will not meet their obligations under the Paris Agreement if they continue to financially sustain the fossil fuel industry. Countries the world over must now urgently follow Ireland’s lead and divest from fossil fuel,” he said.