Reductions ‘do not negate the need for targeted’ action, says environmental bodies 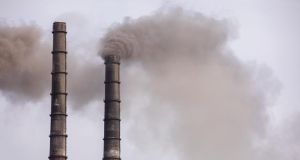 Residential sector emissions – mainly arising from home heating – are estimated, however, to have increased by 9 per cent due to so many people working from home. Photograph: iStock 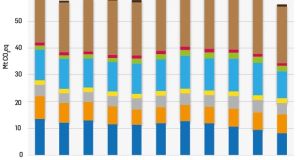 Greenhouse gas emissions declined in 2020 by 5.9 per cent mainly due to Covid-19; the biggest annual fall since the aftermath of the 2008 financial crash, according to analysis by the EPA and Sustainable Energy Authority of Ireland (SEAI).

Emissions from the transport sector are estimated to be more than 2 million tonnes of CO2 equivalent (Mt CO2eq) lower than 2019; a fall of almost 17 per cent due to shutdown of much of the economy.

Residential sector emissions – mainly arising from home heating – are estimated, however, to have increased by 9 per cent (0.6 Mt CO2eq) due to so many people working from home.

“Short-term emissions reductions due to the pandemic do not negate the need for targeted and sustained action across all sectors,” they stress.

Emissions from the energy industries sector are estimated to be 14 per cent lower; mostly due to substituting coal and peat use with renewable energy in power generation with pandemic measures playing a smaller part.

The Global Carbon Project suggested in December total emissions for 2020 will clock in at 34 billion tonnes of CO2 (GtCO2) – a fall of 2.4GtCO2 compared to 2019. This decline “is the largest absolute drop in emissions ever recorded . . . and the largest relative fall since the second world war”.

The Irish decline is modest, underlining the difficulty of a achieving a 50 per cent reduction in emissions by 2030 as committed to under revised EU targets.

The economic rebound from the Covid-19 crisis is estimated to bring emissions back to previous levels unless additional action is taken, the EPA warns.

EPA director general Laura Burke said: “We are at a pivotal point for our economy, and the recovery steps we take now will shape Ireland for the next decade. While these early estimates show a reduction in greenhouse gas emissions for 2020 as a result of Covid restrictions, this level of emission reductions, at a minimum, will be required annually.”

Ireland needed a “green recovery” to rebuild its economy, generate new jobs and respond to climate change, she added. “A ‘green’ stimulus and implementation of ambitious policies and measures can deliver Ireland’s current and future commitments to a climate-neutral economy and climate-resilient society by 2050.”

SEAI chief executive William Walsh said the programme for government and 2019 climate action plan were clear on scale of ambition necessary to decarbonise Ireland. “This will require a national conversation to find solutions and innovate, changing way we live, work and rebuild our economy to give us a chance of achieving our collective mission,” he added.

While investment was needed in all sectors to address the climate crisis, it provided “tremendous opportunities for warmer and cheaper-to-run homes and businesses, a growth in green jobs in Ireland, cleaner air in our towns and cities and more open spaces for us all to enjoy”.

Climate action had to be a national priority at all levels of society, led by Government, and supported by businesses, communities and individuals all working together, Mr Walsh believed. “The public health emergency has made us all think about what’s important. I hope that, in time, people can find that same connection and resolve when it comes to taking climate action.”

The estimates are based on monthly indicator data, allowing earlier estimation than usual, compared to the more comprehensive annual data used by the EPA to produce Ireland’s greenhouse gas inventory. The 2020 estimates are available at www.epa.ie and atwww. seai.ie.