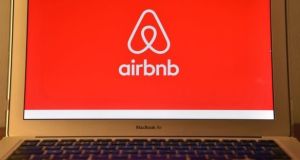 Full-time use of houses and apartments in Dublin city for Airbnb-style rentals is set to be eliminated. Photograph: Getty Images

Full-time use of houses and apartments in Dublin city for Airbnb-style rentals is set to be eliminated, following a Dublin City Council decision not to grant permission to short-term lets.

The policy decision comes as a company that owns five luxury city centre houses, previously approved for holiday-letting, was ordered to stop using the properties for short-term accommodation.

The houses on Grattan Court East, close to Merrion Square, one of which had been marketed as the Bobby Sands Suite, had been used for holiday accommodation since they were built in 2017.

Since last July owners of properties in rent pressure zones have to get planning permission to use their housing for short-term lets for more than three months a year.

However, while property owners can apply for permission, the council said it does not intend to approve these applications, and has granted no permissions date.

The city council has received 16 applications for short-term letting. Of these eight were refused planning permission, two applications were declared invalid, three were withdrawn by the applicant and three are still awaiting decision by the council.

In a report to be presented to councillors next week, the council said its policy is “to refuse planning permission for any development which would result in the loss of permanent residential units within designated rent pressure zones”.

The policy effectively means no houses or apartments, that could be used as full-time rental homes, will be granted planning permission for short-term letting.