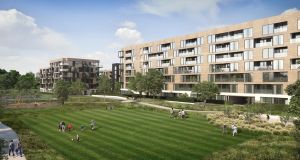 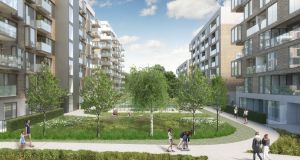 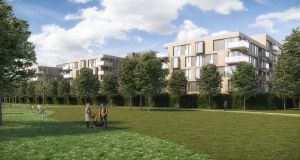 North Dublin residents are considering legal action against An Bord Pleanála’s decision to grant permission for more than 650 apartments, in blocks up to nine storeys tall, beside St Anne’s Park in Raheny, Dublin.

The board approved the development by Crekav, a subsidiary of developer Pat Crean’s Marlet Property Group, of 657 apartments along with almost 500 parking spaces on former playing fields east of St Paul’s College beside the park, despite opposition from Dublin City Council and locals.

The controversial apartment-only scheme replaced earlier plans for houses and apartments on the site, which had been the subject of a High Court challenge by local residents and environmentalists.

The number of homes in the new scheme will be 20 per cent greater than previously planned. Local residents and politicians had contended that the earlier plans for 536 houses and apartments constituted overdevelopment of the site.

A residents’ group, called I Love St Anne’s, said it was “very surprised” by the board’s decision. “We are meeting with our legal team tomorrow to review our options with regard to a judicial review.”

In April 2018, An Bord Pleanála granted permission for 104 houses and 432 apartments on the St Paul’s College site but the decision was the subject of a High Court challenge, by Clonres CLG – representing residents from the Clontarf area and two environmentalists.

It was the first challenge to a decision made under the State’s new fast-track planning system. Under this regime large-scale housing applications are determined directly by the board, not local authorities.

The High Court determined the application should be returned to the board to allow it to reconsider matters and make a fresh order on the planning application.

The company said the new apartment scheme was the result of a “tri-partite meeting” with the board and Dublin City Council and also reflected the removal last December by Minister for Housing Eoghan Murphy of caps on building heights through the issuing of new “guidelines” to local authorities.

However, council chief executive Owen Keegan asked the board to refuse permission for the apartments. In a letter to the board he said the scheme was not consistent with the Dublin City Development Plan 2016-2022 and with the proper planning and sustainable development of the area.

The application documents had “not demonstrated that the evidence given supports the assertion that no impact arises to the populations of protected Brent goose, black-tailed godwit or curlew of Dublin Bay”.

In its ruling on Tuesday the board said it had considered the issue of the geese and their habitat but was “satisfied that the proposed development would not adversely affect the integrity” of the surrounding conservation areas.

The board also said the scheme “would not seriously injure the residential or visual amenities of the area or of property in the vicinity” and “would respect the existing character of the area”.

A spokesman for Marlet welcomed the decision. “At a time of severe housing shortage in Dublin it opens the way for the provision of 657 badly needed homes, close to the city, served by excellent public transport links.”