DIT, IT Tallaght and IT Blanchardstown likely to secure university status this year 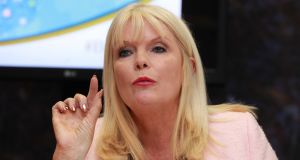 Staff and students at Dublin Institute of Technology (DIT), IT Tallaght and IT Blanchardstown will be given a chance to vote on the name for what is set to become the country’s first technological university.

The three colleges have formed a consortium which is planning to merge and become a technological university.

The final name will be influenced by its suitability in Irish and English and whether it could be confused with other competitors, according to staff members.

The consortium, formed in 2012, has been operating under the name TU4Dublin, although this is just a working title.

A spokeswoman for the consortium said the college was preparing to invite suggestions for the name of the new institution from staff, students and members of the governing body in each of the institutions.

“They will all be invited to suggest up to three possible names. Based on the suggestions received, we will draw up a ‘long shortlist’ that includes those mentioned most frequently and those that strike a chord,” she said.

“Staff, students and members of the governing bodies will then be invited – whether they gave suggestions or not – to vote on the long list and from that we will create a short list.”

She said the names on the short list will then be tested for their resonance as a “strong name” for the new university; to ensure they will not be confused with any other competitor organisation in Ireland and internationally; and to ensure availability of suitable domain names.

The consortium will no doubt hope for a better outcome than the board of the new national children’s hospital’s experience in involving staff to choose a name for the health facility.

Many doctors opposed the “Phoenix Children’s Hospital” name, while a healthcare facility with the same name in Arizona warned of potential legal action if the name goes ahead.

Minister for Health Simon Harris, who announced the name at a ceremony last year, subsequently conceded the name was likely to change.

Meanwhile, the TU4Dublin consortium is finalising a formal application that will soon be submitted to the HEA. An international panel will then be invited to evaluate the application.

Following the panel’s deliberations, the authority will submit a recommendation to the Minister for Education for a final decision on designation. Sources expect a decision by the autumn.

“We are hopeful that the extensive preparatory work that we have undertaken to ensure we meet the criteria for technological university designation will result in a successful application,” a consortium spokeswoman said.

In all, 10 of the State’s 14 institutes of technology form part of four separate groups in Dublin, Munster, Connacht-Ulster and the southeast who are bidding to become technological universities.

The Munster bid – which includes CIT and IT Tralee – is widely expected to be second in line to secure technological university status.

“The legislation will underpin the development of a new type of higher education institution, building on the strengths and mission of institutes of technology to develop world-class technological universities,” she said,

“The creation of technological universities provides the opportunity to drive regional development and provide more opportunities for individuals, enterprise and the community. These institutions will have significant impact and influence regionally, nationally and internationally.”