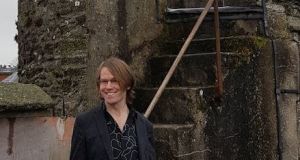 Patrick Brophy, a DCU graduate, says his career has flourished despite being diagnosed with Asperger’s syndrome. He says greater awareness of autism spectrum disorders at third level is a good idea. 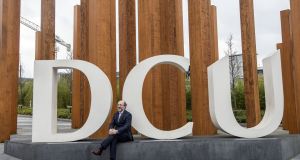 Patrick Brophy is part of the first generation of college students with an autism spectrum disorder diagnosis who have entered third-level education for the first time.

While his diagnosis of Asperger’s’s syndrome has held him back in some ways, Brophy says greater understanding on the part of fellow students and staff at Dublin City University helped him flourish.

He was diagnosed with Asperger’s when he was 10 years old, though it was mid-way through secondary school when he realised he had the condition.

“I could occasionally come out with comments that were either tactless or weren’t the social norm,” says.

“By the time college rolled around, it was very mild - maybe if you knew me for a few weeks, it might become obvious.”

It still had the potential to trip him up, however.

“ I was fixated on orange inter-city trains when I was younger, for example, so I would try and find a way to bring that into my study, even though I was studying computer science.”

As a sign of the efforts it has made over recent years, Dublin City University is set to be recognised on Thursday as the world’s first autism-friendly university by the advocacy charity AsIAm.

The announcement at DCU’s St Patrick’s Campus is due to be attended by President Michael D Higgins and marks the culmination of an 18-month research project.

Among the issues frequently raised include discomfort in noisy environments; difficulties in managing deadlines and workloads; challenges in participating in group work; and unease in new social situations.

The university has pledged to introduce a range of supports and initiatives to minimise these issues, along with autism-specific training and awareness for academic and support staff across the university.

Prof Brian MacCraith, president of DCU, the move was aimed at creating an environment which helps students with autism to flourish educationally and socially, and to significantly enhance their employability

“We hope to provide the blueprint for others to follow and that this will become a global movement,” he said.

Adam Harris, chief executive of AsIAm, said universities which attain autism-friendly status are understanding of the needs of autistic students, open to making adaptations to be more accessible and have a positive, celebratory culture towards autism.

Patrick Brophy, who graduated from DCU a few years ago, said greater awareness of conditions like Asperger’s and autism is a good idea.

“It means people are better understood and less likely to be marginalised or isolated... these are, by and large, social disorders.”

“I’ve done very well. I’m working at SAP [an enterprise software firm] for the past five years as a quality specialist... I really enjoy the job. Sometimes the condition can hold me back in social situations, but I know what to do to tackle it.”

“In fact, SAP in partnership with Specialisterne were one of the first companies to commit to taking on candidates who are on the autistic spectrum of disorders. Subsequently, other companies have started following their example.”