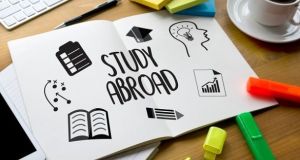 Almost 150 foreign students and 10 staff members have been affected by the closure of a Limerick language school which lost its accreditation following an inspection by immigration authorities.

Trade union Unite, which represents English language teachers, said staff at LanLearn had been left without wages, while it has expressed concern for students left “stranded” by the closure.

Lanlearn’s managing director Yan Diao did not respond to media queries on Thursday.

One Brazilian student affected by the closure told The Irish Times she recently paid €1,400 for a six-month course, but had not been able to contact anyone at the school for a refund.

The Department of Justice confirmed that irregularities relating to record keeping, teaching and employment matters had been noted during an inspection in January. All programmes related to school were removed from the the department’s  list of approved programmes in February.

A department spokesman said the school had comprehensive learner protection arrangements in place. This should, in theory, provide for students to be able to complete their courses in other language schools.

He said students attending programmes, or who paid their fees and had already travelled to Ireland, will be facilitated with immigration permission for the purpose of teaching out the programmes concerned.

Unite regional organiser Roy Hassey said the case highlights the need for stronger regulation in the sector to safeguard the interests of teachers and students, as well as Ireland’s reputation as an English language teaching centre.

“Unite was contacted earlier this week by teachers who have not only been left unpaid since February, but who are also trying to assist foreign students who were turned away from their accommodation on foot of the school’s failure to pay the provider,” he said.

The union is due to meet with teachers next week to explore the options available to them in an effort to secure the wages they are owed.

“For the past two years Unite has been highlighting the lack of proper regulation in this booming sector, and this week teachers and students have again paid the price for the Government’s hands-off approach,” he said,

He said stronger legislation was required to ensure employment standards, as well as tuition standards, were protected.