What would Irish teachers based abroad change about our schools? 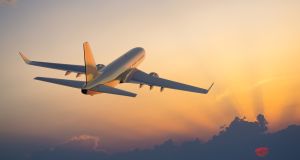 The shortage of teachers has been making headlines recently with claims that many schools cannot find qualified teachers for their pupils.

Teachers’ unions say younger graduates are opting to make a living abroad due to issues such as two-tier pay and difficulties securing full-time posts.

In a bid to ease the shortages, education authorities are exploring ways of trying to tempt teacher back home.

But what it would take to bring them back? How have they fared abroad? And what kind of changes would they like to see in the Irish system?

With the help of the Irish Times Abroad desk, we asked teachers either currently working overseas or recently returned what things they would change about the school system here based on their experiences.

We received a large number of responses, with many wishing for performance-related pay culture, greater opportunities for career progression, a stronger financial support for classroom resources and a greater use of differentiation.

Some also wanted to see end of year credits weighed more towards continuous assessment rather than the “all or nothing exam system” here. Here is a selection.

In some countries, the official school starting age is closer to six or seven than four or five. Mary Rose Pluck has lived and worked across Australia since 2010 and works as an early childhood teacher in Melbourne, where children start school at age six.

“The one aspect that holds that fundamental importance here is the school starting age,” she said. “Children are given a whole other year to play, develop emotional understanding, social interactions and cognitive processes. It’s another year to lengthen concentration, communication and determination all with the help of two or more teachers, not one. This one difference sets up children to succeed and be truly ready to learn in the school system.”

McDermott, who graduated from teacher training in 2013, currently works at a school in California teaching through the Primary Years Programme, part of International Baccalaureate. The school has a number of specialist teachers in such subjects as PE, art, music, design, computer science and some languages.

“I know without out a shadow of a doubt the experiences my students have as a result of these specialists far outweigh anything which I could provide as a teacher. I would love to see Ireland researching into the development of primary specialists ensuring our students get the best possible education.”

“One could even argue the need for specialist teachers for Gaeilge in the classroom considering the huge differences in the proficiency of teachers in this area,” she adds.

‘Employment contracts from the start’

Speller left Ireland straight after completing her degree in 2010. She now works as the head of mathematics at a non-selective secondary school in Kent, England.

“In England you are offered permanency straight away, which helps with job security, mortgages and living your life,” she says. “In Ireland I would still be living with my parents, trying to make ends meet and forever trying to please the right people in the wrong way to get permanency.”

‘Collaborate with other schools’

Dubliner Niall Tobin teaches at a primary school in Sheffield, England, that is part of a trust of three schools, including one based in a disadvantaged area and another where a large section of the population speaks English as a second rather than a first language.

The staff at all three schools meet up three or four times a year to moderate each others progress in literacy, maths and reading.

This involves all teachers bringing books which they feel are appropriate for the skill levels of the children they are teaching. They explain why they think they are appropriate, but also challenge them if they need to. “It’s easy to be too hard or too soft in your expectations if you set the bar alone,” said Tobin.

“We all look through the books and record our judgments and sometimes set the next steps. We also compare the effectiveness of the tasks we set and the material they work on. It can feel like a bit of a chore but it’s business-like and really productive.”

Tobin adds that this process also helps towards a better understanding of the kind of assessment that suits individual schools.

Kilkenny native Jason Phelan teaches English as a foreign language to students in a private kindergarten in Suzhou, China. He says the approach to learning the local variety of Chinese, called Suzhounese, gives him food for thought in terms of our approach to learning Irish.

“Suzhou is a satellite city of the Shanghai metropolis and has become a hub for wealthy Chinese who hail from other provinces.

“Many of these newcomers do not speak Suzhounese but their children learn it as a second language through subject-led lessons and cultural activities. Students are encouraged to engage with Suzhounese positively from a young age.

“The subject-led approach ensures that the language is the vehicle for communication which, in my view, should be the core the learning objective in any language classroom. Incorporating traditional games and songs into the curriculum encourages students to use the language outside the classroom.

“Fostering respect for a language that lacks prestige is challenging. Attitudes and mindsets account for a lot when it comes to how effectively a language is taught. For all its flaws, the Chinese approach to learning local languages can offer us some insight as to how we can ensure that students engage actively with Irish as they grow up.”

More generally, Yvonne Casey, who has been teaching English at a bilingual school in Spain for 20 years, believes a language teacher should only speak in the language they are teaching, and that we need to introduce language learning at an earlier age.

At the other end of the scale, Monaghan native Dolores Kubera’s years of experience of teaching in Germany, and where her own children have been educated, has given her an appreciation of vocational secondary schools, in which pupils work a few days a week and attend school the other days.

“The sole aim of the school system is not entrance to a university and many pupils, who have secured the points, decide to take another route into working life. My one piece of advice would be that the Irish schools system accommodate the less academic pupil and offer a vocational alternative to the traditional model.”