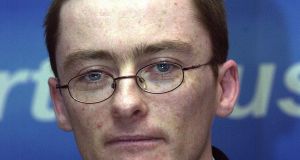 Sinn Féin TD David Cullinane, a member of the PAC, said it appeared that some accounting officers were running colleges as it was the “wild west”. File photograph: Eric Luke

Senior staff in some third-level colleges have been accused of taking a “wild west” approach to the use of taxpayers’ money.

The claims were made by members of the Dáil’s Public Accounts Committee following the publication of its report into the financial accounts of a sample of seven third-level institutions.

The report is highly critical of failures in corporate governance and a lack of transparency over the way money is spent in a sector which receives €1.5 billion in State funding each year.

It also makes a series of sweeping recommendations aimed at ensuring there is greater clarity over the use of foundations and trusts, faster filing of accounts and expanded powers for regulators.

She also urged that the Higher Education Authority (HEA) be given enhanced resources and power to enable it ensure there is greater scrutiny of the sector.

“Without transparency, we’re not going to get accountability,” she said.

Sinn Féin TD David Cullinane, a member of the PAC, said it appeared that some accounting officers were running colleges as it was the “wild west”.

“I have no difficulty with academic independence, but I certainly don’t believe there should be any free pass for any organisation when it comes to spending taxpayers’ money,” he said.

The report notes that a failure to provide up-to-date accounts is prevalent across much of the third-level sector.

It finds this practice is “unacceptable” and recommends that accounts should be presented for certification by the Comptroller & Auditor General within six months of the end of the financial year to which they relate.

It says delays in providing certified account of more than three years for the National College of Art and Design and two years for NUI Galway amounted to a “major failure” of corporate governance and must be regularised immediately.

By contrast, Trinity College Dublin and Maynooth University filed theirs within a six-month timeframe.

The report is also critical of a lack of transparency and accountability in relation to tens of millions of euro held in foundations and trusts by some third-level institutions.

The committee also raised concerns over the checks and balances in place over the commercialisation of spin-out companies.

It found that while there was a need to encourage research and innovation there was also a responsibility on third-level institutions to manage and control intellectual property effectively.

In some cases, members of staff who received these payments were re-employed on lucrative contracts.

The report recommends that anyone who receives such payments should not be re-engaged on contract or by any other arrangement.

In exceptional circumstances where it is being considered, it says Departmental and/or HEA approval should be required.

The report also recommends that the relationship between the Department and the HEA be reviewed, with greater powers and resources directed towards the authority.

In a statement, the HEA said it will work with the committee to deliver on the recommendations.

A spokesman for Minister for Education Richard Bruton welcomed the work that has been done by the committee.

“It will complement the work that is being undertaken by the Department of Education and Skills and the HEA, who have been working closely together to strengthen governance arrangements in the higher education sector in recent years,” he said.

The Irish Federation of University Teachers, however, said that new information on how universities manage their accounts suggests a “banana republic” style approach to accounting and called for full transparency in spending by universities.

Mike Jennings, the federation’s general secretary, said that much of the squandering of financial resources has involved exorbitant and unspecified legal spending to block equality and other demands by staff.