The 12 education issues set to dominate 2020

Industrial strife, mergers and Leaving Cert reform will be prominent in coming year 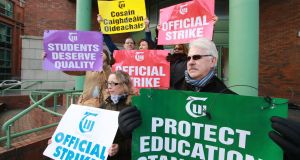 TUI members during a demonstration in 2016. Industrial action is likely to rear its head again this year. File photograph: Nick Bradshaw 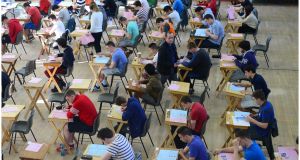 The prospect of Leaving Cert reform will move a step forward this year. Photograph: Bryan O’Brien 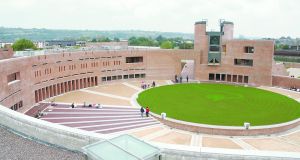 Cork Institute of Technology (pictured) and IT Tralee have been in dispute over a proposed merger into Munster Technological University. 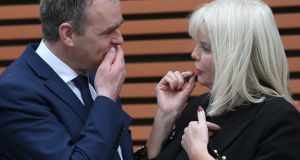 After a couple of years of industrial peace, the prospect of disruption looms.

A decade later, the issue still hasn’t been fully resolved. While the Government signalled in April that this “unfinished business” would be addressed, there’s still no sign of it.

The Government’s decision not to penalise nurses last year for striking under financial emergency laws has emboldened unions who feel they have little to lose in dusting down the placards.

The Teachers’ Union of Ireland is due to strike in February. Whether other teachers’ union follow will depend on Paschal Donohoe’s next move. Expect to see an annoucement for sectoral talks soon on a public sector pay deal which comes into force in 2021. This will likely avert further industrial action - for now. A general election will also muddy the waters.

Tension is mounting over junior cycle reforms as teachers get to grips with the new curriculum changes.

The changes are aimed at giving children a more rounded education and assessing a broader variety of skills.

But some teachers are highly critical over issues such as delays getting sample exams papers and a perceived “dumbing down” of the curriculum.

These tensions are playing out in Slar meetings (subject learning and assessment reviews), a fundamental part of the junior cycle, which will doubtless be a flashpoint over the coming year.

It’s been talked about for decades, but there are finally signs of movement on the horizon.

The State’s advisory body on the curriculum has been reviewing the senior cycle and is due to report shortly to the Minister for Education on its consultations with teachers, parents and students.

A consensus is emerging on the need for assess students over a longer period instead of huge emphasis on a single high-stakes exam, along with a greater emphasis on a broader array of skills and vocational options.

Changes on the ground, though, could still be years away if past experience is anything to go by.

Irish universities have failed to appoint a female president over the past 427 years. This may be about to change.

Trinity College Dublin’s 800 academic staff are due to vote in a new provost in late 2020 and there are some highly regarded women likely to be in the running.

Linda Doyle, dean of reseearch; Linda Hogan, former vice provost; Jane Ohlmeyer, professor of history and chair of Irish Research Council are just some of the names being talked about. Many also hope Veronia Campell, the college’s popular bursar who has overseen the physical transformation of the campus, will put her hat in the ring.

The Government is desperate to create new technological universities for the regions.

It sounds simple enough – but they never counted on the poisonous world of academic politics. Plans to merge CIT and IT Tralee into a new Munster Technological University bellyflopped last year amid rivalries and distrust between the two institutions.

Thanks to a hefty financial bailout and hiring top consultants, expect to see it dragged over the line soon. WIT and Carlow should be next in line – though there is no shortage of tension swirling around there.

There is acute pressure to build new schools, refurbish old ones and fix defective ones.

But the capital budget for education has been cut – and fewer building projects will be delivered this year.

The Department of Education insists that it will deliver on its plans for thousands of additional school places.

But try telling that to the hundreds of schools in prefabs or stuck in overcrowded settings and badly in need of refurbishment. The reality is that, even under ambitious capital spending plans, many will be left waiting this year

It’s three years since the Cassells report warned that maintaining the status quo for third-level funding would have “deep costs” for students.

The Government’s response was to kick the can down the road – and into the offices of the European Commission. It is analysing funding options for the Irish third level and its report is due later this year.

Will a new government ramp up investment in third level? Or will it consider a student loan scheme of some kind? Or will it keep kicking the can down the road?

Time will tell – and much will depend on the strength and composition of the next government.

Minister for Children Katherine Zappone, to her credit, has helped deliver record funding for the sector and is focusing on the quality of education.

But many issues remain. For providers, getting insurance is a major headache, as is meeting new requirements around fire certification. This risks driving smaller providers, especially, out of business.

For parents, affordability will remain a huge issue given the rising costs, despite the new affordable childcare scheme. The need to ensure childcare staff are rewarded for their qualifications by being paid a living wage is as important as ever in ensuring quality.

It has long been the Cinderella of the education sector – but there are encouraging signs that is ready to come to the ball.

For one, there is a growing recognition that many students dropping out of third level could flourish in further education and training.

Apprenticeship numbers continue to grow as more school-leavers see it as a smart option.

And Solas, which oversees the sector, has a talented and ambitious new leadership team with clear-sighted plans to expand the sector, boost its status and forge closer links with third level.

It used to be the most highly sought-after school leadership post. But many schools are now struggling to attract applicants to fill vacancies.

A combination of rising workloads, administrative overload, rising stress levels and the legacy of austerity-era cuts mean it is a tougher job than ever.

The solution appears to lie in the restoration of leadership and management posts and well as more “release” days for teaching principals in small primary schools.

Given the huge influence of principals on the overall running of a school, it is an issue that will need to be addressed over the coming year.

Last year, the National Council for Special Education floated a bold idea: we should consider abolishing special schools and special classes and place all children in mainstream schools.

The council’s policy report on whether we should introduce a “total inclusion” model will be finalised midway through next year. Watch out, too, for sweeping changes to the Special Needs Assistant scheme, including the frontloading of supports. In addition, a review of the school transport scheme could also have implications for many special needs students.

Life for many students feels likes it’s unfolding against a background din of anxiety over social medal, climate chaos and political uncertainty.

There is an ever-growing body of research pointing to growing levels of anxiety and depression among young people.

What can the education system do? The promotion of wellbeing is a good step at junior cycle level, while the restoration of guidance counselling posts provides crucial support for many.

But closer links to counselling and psychological supports in schools will need to be part of any longer-term solution.

15-year-olds: Our teenagers are among the best readers in the world – and above average in maths and science, according to Pisa results.

Mary Mitchell O’Connor: She took flak for her previous Cabinet role, but has been an energetic minister for higher education introducing women-only professorships, employment standards for English language teachers, and securing large chunks of funding for the sector.

TUI: The union was locked in a row with the ASTI over allegations that it poached members. It was left seething after Ictu recommended that the TUI pay its rival union almost €280,000.

NCCA: Its warning to the Minister for Education that making the history mandatory would damage junior cycle reforms was rebuffed, leaving the council to solve the logistical headache.

Western Building Systems: The construction firm behind dozens of recently-built schools at the centre of structural concerns is being sued by the Department of Education.