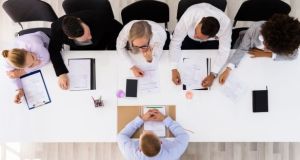 The school’s board did not provide a convincing and transparent rationale for its scoring at interview, the WRC found. Photograph: iStock

A Co Sligo primary school has been ordered to pay a deputy principal €93,498 compensation after it discriminated against her because she is a woman in a contest with a male colleague for a school principal’s post.

In the case, the Workplace Relations Commission (WRC) has ordered the board of management of Scoil Mhuire agus Iosaf Junior School pay Pamela Brennan €93,498.

Employed at the school at Church View, Collooney, Ms Brennan had superior academic qualification and more relevant teaching experience than the successful male candidate for the post, the commission found.

WRC adjudication officer, Emer O’Shea noted that the award — equivalent of 78 weeks pay — was a sanction that was required to have a real deterrent effect and be effective, proportionate and dissuasive.

Ms Brennan complained at the WRC in her case taken under the Employment Equality Act that she first heard that she didn’t get the job via local chat on the golf course.

In her findings relating to the male candidate beating Ms Brennan to the job through obtaining a higher score at interview, Ms O’Shea said: “I find on the balance of probabilities that the process was tainted with discrimination on gender grounds.”

Ms O’Shea stated that the school’s board had not provided a convincing and transparent rationale for its scoring at interview. Ms O’Shea said she found the evidence of the chairman of the interview/selection panel “to be unconvincing and inconsistent”.

In response, the school board said the successful candidate performed better at interview than Ms Brennan and that gender was not a consideration.

In his direct evidence the board chairman submitted that he had been conducting interviews since 1973 and that he treated all candidates equally.