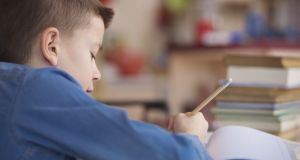 The State is to lease a primary school that had been on verge of closure from the Catholic Church and re-open it as a multi-denominational school.

The transfer of patronage is the first under a new plan to speed up the divestment, or “reconfiguration”, of schools under the patronage of the Catholic Church.

Under the move, the Kerry diocese is due to receive rent of between €10,000 and €20,000 per year from the State for the use of Two Mile / Cahorreigh National School, based outside Killarney.

The school will reopen under the patronage of the local education and training board as a new “community national school”, a State-backed multi-denominational model which caters to a range of beliefs and faiths.

The move follows a “reconfiguration plan” announced earlier this year by Minister for Education Richard Bruton, aimed at encouraging the church to transfer the patronage of more than 200 schools to other models such as State-run schools.

At present, more than 90 per cent of the State’s 3,200 primary schools are under Catholic patronage.

However, efforts to provide greater choice for parents have proven slow and divisive.

The new plans differ from an older divestment plan by providing for the State to lease buildings from the church and to provide for “live transfers” of schools.

The Co Kerry school had been struggling for some time with dwindling pupil numbers.

A spokeswoman for the Department of Education said the patron had advised that school had not enrolled any pupils for the 2016/17 school year and was considering the future viability of the school.

The school is due to reopen as community national school from this September.

In a statement, the Department of Education said the Bishop of Kerry Dr Raymond Browne indicated that the decision to lease the property was made in line with the wishes of the local community.

A local meeting was held last March organised by the Two Mile Community Group and attended by more than 70 members of the local community.

Following the meeting, an independent vote was held and the group formally requested the patron to allow the school to be made available as a community national school.

The bishop has formally written to the Minister for Education providing for the re-opening of the school under the patronage of Kerry Education and Training Board.

Michael Moriarty, general secretary of Education and Training Boards Ireland, said the change was the first of such changes under the Minister’s reconfiguration plan.

“We laud the Bishop of Kerry and Kerry Education and Training Board for their local collaboration in this process,” he said.

“I commend the mutual confidence of both parties in taking the lead in the reconfiguration process by agreeing to collaborate with this exciting development.”

A spokeswoman for Mr Bruton said a process is underway to identify areas where other patronage transfers will be necessary to meet parental demand.

In cases such as Two Mile School, she said individual “early movers” are being facilitated with immediate transfers to multi- or non-denominational patrons where the school community and the current patron opt voluntarily to do so.

It is more than five years since divestment plans were announced by the then minister for education Ruairí Quinn.

While the report of the Forum for Patronage and Pluralism recommended that religious schools in about 28 areas divest to multidenominational patrons, only 10 have completed the divestment process to date.

The Department of Education said the new process draws on lessons learned from this 2012 model, such as the value of a lease arrangement from the current landowner to the new patron, removing the need for complicated property transfer.