‘It was a very grounded paper with a lot of the fundamentals of science tested.’ 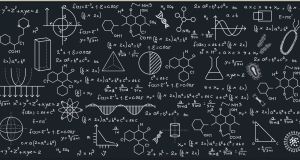 Both higher and ordinary level science papers were fair and the visual layout of the papers was less cluttered than in recent years, according to teachers.

David Duffy of the Teachers Union of Ireland said: “The most difficult part of both papers arose from non-mandatory experiments appearing on the papers, such as one on respiration.

John Connelly, ASTI subject representative and a teacher at St Flannan’s College in Ennis, Co Clare, said that the higher level paper was straightforward with no surprises.

“It was a very grounded paper and a lot of the fundamentals of science were tested on it. The questions on light and sound were good, as was a question on velocity,” he said.

“A question on covalent and ionic bonding relates to a basic chemistry experiment which the students would have been well prepared for, while a question on Ohm’s Law would have given a good challenge to the better students.”

Mr Duffy said the ordinary level paper looked harder than some papers in previous years and students would likely have had to write more.

“Some of the experiments that are seen as more difficult came up on the paper, such as Ohm’s Law. That said, the question on Ohm’s Law was still quite nice.”

Luke Saunders, founder of Studyclix.ie and a science teacher at Jesus & Mary Secondary School in Co Sligo, said that most students left the exam happy.

“There was a particularly accessible and attractive and engaging biology section,” he said.

“Certain questions in the chemistry and physics sections would require students to be sure they’ve read the question properly to get full marks.”