Pupils opting out of religion must not get extra tuition - bishops 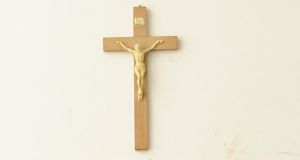 The Irish Episcopal Commission has warned students who opt out of religion will receive an unfair advantage if they are allowed to take extra classes in examinable subjects. Photograph: Tiziana Fabi/AFP/Getty

Catholics bishops have called on the Minister for Education to withdraw a directive which allows students who opt out of religious instruction in State-run secondary schools to be timetabled for other subjects.

In correspondence with Richard Bruton, they have warned that students who receive tuition in an exam subject instead of religion will receive an unfair advantage. As a result, bishops have proposed that such students who opt out of religion should instead be offered a course in “religious heritage and values as well as ethics”.

Until now, students who did not want to participate in religious instruction or worship were mostly required to sit at the back of the class or were sent to supervised study.

However, a circular issued earlier this year by Mr Bruton requires that such students should be timetabled for alternative tuition throughout the school year rather than supervised study or other activities.

The move will, potentially, affect thousands of students in almost 300 secondary schools run by Education and Training Boards (ETBs).

In response, the Irish Episcopal Commission warned that students who opt out will receive an unfair advantage if they are allowed to take extra classes in examinable subjects, such as maths, Irish or English.

It states the commission was surprised that the circular had been issued “without consultation or notification”.

“It is crucial that students are exposed to the religious interpretation of life,” it states. “Such education is essential in respect of understanding our cultural heritage and in terms of harmony and understanding what is becoming a multicultural society.”

The letter claims the circular overlooked the fact that religious education being taught in ETB schools is “not religious indoctrination” but a syllabus devised by the National Council for Curriculum and Assessment (NCCA), an agency of the Department of Education.

Mr Bruton responded to the letter, stating the purpose of the circular was to “change the practice by which opt-outs are made . . . It is not intended to alter the deeds of trust or the model agreements and that is stated expressly in the circular.”

He said his officials were available to tease out in detail any particular concerns the bishops may have.

Religious teachers have also called for the circular to be revised or withdrawn on the basis that it refers to “religious instruction”, without clarifying the difference between this and “religious education”, which is a much wider subject open to all pupils, regardless of their belief.

A spokeswoman for the department confirmed the new arrangements would require schools to provide alternative timetabled tuition for those who did not want religious instruction.

“In addition, the circular sought to ensure that there was clarity for parents in individual schools where there is any practice of including religious instruction or worship during classes set for the delivery of the State curriculum in religious education.”