No ‘dumbing down’ of criteria for new technological university status 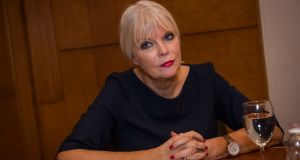 Minister of State for higher education Mary Mitchell O’Connor is set to progress the Technological Universities Bill through the Seanad on Thursday.

The Department of Education has insisted there has been no “dumbing down” of standards required for institutes of technology to secure new technological university status.

Legislation providing for the establishment of new technological universities is set to be debated in the Seanad on Thursday and will be enacted shortly.

Most of the State’s 14 institutes of technology are bidding to secure the new status.

However, senior university sources have expressed alarm at what they say is the dilution of these criteria, which they fear could damage the international reputation of higher education.

Among the criteria set out in 2012 include requirements over the proportion of staff with PhDs and the volume of students involved in research.

For example, under the original criteria agreed in 2012, an institute of technology needed to have 45 per cent of all its academic staff at level 10 (PhD) in order to qualify to become a technological university.

The new Technological University Bill states that this 45 per cent rule applies only to those staff who are teaching honours degree programmes or higher (level eight-plus).

University sources argue that this is a significant dilution and makes for a very low barrier to entry.

In a statement, a department spokesman said there has not been any “material change” in the criteria since they were first set out by the Higher Education Authority in 2012.

“There have been some drafting changes to provide the necessary clarity of terminology appropriate for legislation but the substance of the criteria have not changed,” the spokesman added.

Minister of State for education Mary Mitchell O’Connor is set to progress the Technological Universities Bill through the Seanad on Thursday.

“The eligibility criteria represent an ambitious but realistic set of criteria for the applicant institutes seeking technological university status. They have been set following a period of consultation and discussion. They represent a challenge for the applicants, but one that is ultimately attainable,” the spokesman said.