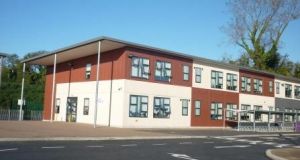 A fire broke out over the weekend at Gaelscoil na gCloch Liath, in Greystones, Co Wicklow, where work to address fire safety flaws found more than a year and a half ago have yet to be completed.

The primary school was one of five built by Western Building Systems. A recent audit commissioned by the Department of Education found it was not compliant with fire safety standards.

The fire, which broke out in a storage room, was contained and put out before spreading.

Several nearby rooms had some smoke residue on the walls from the small fire, which is it believed was caused by an electrical device left plugged into a socket.

In an email sent to parents, the school said a fire officer had certified the building was safe after an inspection following the fire.

The department promised works to bring the school building up to required safety standards would be finished by November 2017. The audit was completed by fire safety experts Michael Slattery and Associates in July 2016.

Works replacing the plasterboard in the Greystones school, which was found to be insufficiently fire-resistant, are not expected to be finished until August 2018. The 12.5mm plasterboard used in the building would not provide the required 60 minutes fire resistance, the audit found.

The school has 16 classrooms, separated into two blocks. Work replacing the plasterboard with materials that meet required fire safety rating are due to be finished in the first block by April. Work on the second block of classrooms has yet to begin, and will not be finished until late August.

Work on several fire doors in the school will be completed by contractors during the summer break.

Local Social Democrats councillor Jennifer Whitmore said the fire was a “wake-up call” for Minister for Education Richard Bruton and his department.

It was “unacceptable” that works to bring the building into fire safety compliance had not been completed, she said, adding it was lucky the fire happened when no children were in the school.

“It really is outrageous that children’s lives are being put at risk, and the department must stop dragging its feet on this issue immediately” Ms Whitmore said.

A spokesman for the department said works were being done classroom by classroom to avoid disruption, which had lead to delays.

The school was built by Northern Irish firm Western Building Systems, under a “rapid build” programme in 2008.

The building firm has earned €61 million from the department since 2012, and was one of the top three construction contractors over the last six years.

A further 31 schools built in recent years by the NI-firm are currently being assessed for any fire safety flaws. Safety issues were uncovered in 2014 at Rush/Lusk Educate Together School, which was constructed by the firm .