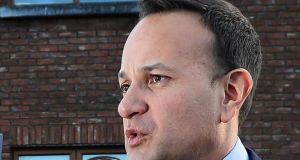 Taoiseach Leo Varadkar: it would be “regrettable” if teachers went ahead with the strike. Photograph: Brian Lawless/PA

Hundreds of secondary schools as well as further education centres and institutes of technology are set to shut on Tuesday, February 4th, when thousands of teachers plan to strike.

The move, just days ahead of the general election on Saturday, February 8th, is aimed at making two-tier pay rates for teachers hired since 2011 a key political issue.

The Teachers’ Union of Ireland (TUI) said its 19,000 members would stage a one-day stoppage in a move that would shut at least half of the country’s 700-plus secondary schools.

About 260 schools under the umbrella of Education and Training Boards (ETBs) will almost certainly shut, while a majority of the almost 100 community and comprehensive schools are also likely to close.

In addition, a significant number of the 380 voluntary secondary schools may be unable to open.

While this latter category of schools is mostly represented by Association of Secondary Teachers Ireland (ASTI) members, it is likely the union will direct its members not to provide cover for striking TUI members.

This, say sources, would force school managers to shut many schools on health and safety grounds.

Speaking in Birr, Co Offaly, Taoiseach Leo Varadkar said it would be “regrettable” if teachers went ahead with the strike.

“We have a deal with the Irish Congress of Trade Unions on restoring pay for new entrants and it is being implemented,” he said.

“It is an absolute certainty that when the new government takes up office we will want to negotiate a new deal for public servants because the existing deal expires at the end of the month anyway.”

The Department of Education said the Government had given a commitment to deal with outstanding issues shortly.

TUI president Séamus Lahart said the union had “been left with no choice” but to take strike action over the “ongoing scandal of pay discrimination”.

The ASTI, meanwhile, said its central executive council would meet on Saturday, January 25th, to consider the pay issue.