Nord Anglia to charge up to €24,000 for day pupils at its Leopardstown campus 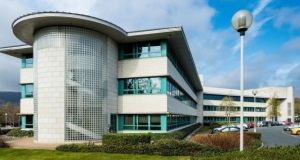 Nord Anglia International School Dublin is set to open its doors in Leopardstown this September and will charge up to €24,000 for day pupils.

The arrival of the country’s most expensive school is a sign of what private education providers hope will be a major new growth area: children of mobile international executives.

Nord Anglia International School Dublin is set to open its doors in Leopardstown next September and will charge up to €24,000 for day pupils.

The school is mainly targeting the children of executives and it hopes uncertainty linked to Brexit will lead to a boost in the numbers moving here. However, it also hopes to attract Irish families seeking a “premium” education for their children.

The school will initially educate students ranging from three years to 15 years, though it will extend to 16 to 18-year-olds from September 2019 onwards.

It will eschew the State curriculum and instead offer the International Baccalaureate programme out of its 800-seat campus in the South County Business Park. The qualification – taught to children from primary to secondary level – is recognised world-wide and culminates in a two-year diploma.

The school will be operated by Nord Anglia, a Hong Kong-based firm which runs international schools across the globe, and is backed by businessman Barry O’Callaghan’s firm Rise Global.

It is spending several million euro creating a new campus which, they say, will feature specialist arts and Steam (science, technology, engineering, art and maths) facilities. This, it says, will support its collaborations with The Juilliard School and the Massachusetts Institute of Technology (MIT).

It has hired Paul Crute, headmaster of one of the North’s most prestigious schools, the Royal School Armagh, as its founding principal.

A spokeswoman said there have been “over 1,000 unsolicited expressions of interest for teaching positions from all corners of the world” and that recruitment begins in January 2018.

In addition, Lord David Puttnam will act as chairman of the school’s advisory board, together with other members including former minister for education Ruairí Quinn.

Unlike most private schools in Ireland, Nord Anglia’s teachers will be paid privately as it will not follow the State curriculum or other public sector rules. It is likely that international firms with an Irish base will provide access to school places at Nord Anglia as part of their packages to senior executives.

For those who pay the fees, the costs don’t end there: there is an additional €1,500 “enrolment fee”, while exam fees, trips and camps are charged separately. In addition, there are fees for optional services such as bus transport, school lunches, individual instrument lessons, some extra-curricular activities and additional learning support or therapy services.

In its publicity material, it adds: “The school will be . . . an inclusive school built on the belief that there is no limit to what students can achieve. Class sizes in the school will be 20 per class for early years, and 22 for students in primary and secondary.”

The International Baccalaureate two-year diploma, which is considered a very portable qualification, is different to the Leaving Cert in a number of key respects. Students focus on fewer subjects and in greater depth. While students have six subjects, only three are at a higher level (though higher and standard level are awarded equal points).

The International Baccalaureates offer pathways into Irish universities – the grades can be converted into CAO points, though some say the points translation is not sufficiently generous.