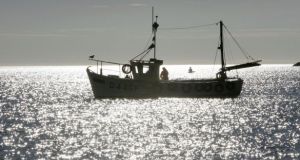 The European Commission is taking action against Ireland for allegedly failing to comply with EU law on the mutual recognition of seafarers’ qualifications.

Ireland has been given two months to comply, according to a letter of formal notice issued by the commission.

In a related development, the High Court has directed Minister for Transport Shane Ross to quash a marine notice which has “no legal basis” and to recognise British-accredited seafarer training provided in Ireland, including at a State college in Cork.

The flaw identified by both the European Commission and the High Court judgment relates to the State’s Marine Survey Office (MSO) refusal to recognise training to seafarers which is accredited by Britain and offered here.

The MSO, under the aegis of the Department of Transport, issued a marine notice to this effect in February, 2017, in which it said those “ undertaking maritime training in Ireland should ensure that any course, undertaken by them which leads to certification, is approved by and complies with the statutory certification issued by the competent authority”.

The “competent authority” was defined as the MSO, which approves statutory maritime training on behalf of the Minister for Transport.

The marine notice specified that International Maritime Organisation courses in Standards of Training, Certification and Watchkeeping for Seafarers carried out in Ireland “may only be approved ” by the Minister.

This ruled out certification offered in Ireland and approved by the British equivalent of the MSO, the Maritime and Coastguard Agency, which is regarded as a “gold standard” by many seafarers. The notice referred to “enforcement action” for breaches.

The courses, including mandatory refresher training for seafarers, were being offered to Irish and international mariners at the State’s National Maritime College of Ireland (NMCI) in Cork, and in a centre based in Donegal.

In a judgment issued this week by Mr Justice Max Barrett, the MSO’s marine notice has been found to be in breach of several EU regulations and directives in failing to recognise the training course at the NMCI.

The British accredited certificates of proficiency were issued by SEFtec NMCI Offshore Training Limited, a joint venture company between the Cork Institute of Technology and SEFtec Global Training Ireland Ltd.

Company chairman Darren O’Sullivan said he was “delighted” with the judgment, as seafarers who had already been trained, or were undergoing training, at the Cork college had been placed in a position of uncertainty.

Several hundred Irish and international mariners attending the college had been affected, he said.

“We didn’t stop the training, but we had to caution participants about the issue,” Mr O’Sullivan said. “Hopefully we can now put this all behind us.”

The Department of Transport has said it is “studying the judgment”.