We all tend to prefer subjects that we’re good at, and this influences our career choice. But is this is a mistake, asks Peter McGuire 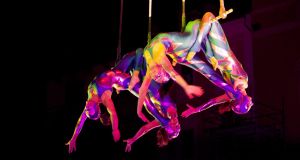 Course selection can come down to running your options through a process of elimination. Photograph: iStockphoto 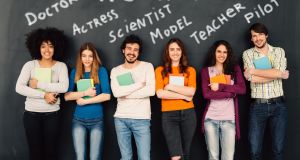 Asking yourself what you don’t want to do can help you work out what course is best for you. Photograph: iStockphoto

Career guidance teachers have all sorts of tools and techniques to help young people figure out what they want to do after college. But what about starting with what you don’t want to do?

“I often ask people what they want to do, and I find it interesting that they reply: ‘I’ll tell you what I don’t want to do’,” says Ronan Kennedy, an independent careers coach based in Dublin. “If they say they don’t want to work with computers or numbers, I might reframe it by asking: does that mean you want to work with people. If they can find what it is about a job that they don’t like, it may bring them closer to what they do. People will often want to do courses based on what their interests are and what they are good at – and, often, their interests and likes are interchangeable.”

Deciding what you don’t want to do can spur the process of elimination and this is useful, says Bernadette Walsh, guidance counsellor with CareersPortal.ie. The website provides profiles of 33 prominent industry sectors with viewpoints from various sector experts, with the aim of helping students to pick further or higher education courses as well as apprenticeships.

“We always encourage students to start broad and not to overlook the level six and seven options on the CAO form. These are valuable in their own right but also have links into many of the level eight programmes.”

Students who struggle with maths may also struggle with the content of some courses, including engineering and physics. “They do require some aptitude, so students who aren’t comfortable with maths should do their research and see what is involved,” Walsh advises. “That said, there will always be a module that the student may not fully enjoy but they will get through it. Each year there will be a number of different modules, but you’d want to be liking at least 80 per cent of them. CareersPortal pulls in the 10 tasks associated with every job we profile; if, for instance, you don’t like four out of five accountant tasks, is it the job for you?”

Alice O’Connor is a guidance counsellor at Stepaside Educate Together Secondary School. Because the school is only open since September 2016, a Leaving Cert class is several years away, giving the team a chance to develop guidance for the students without the pressure of a Leaving Cert class.

“We’re interested in getting them to think about how part-time jobs might prepare them for the world of work, and to think about where they might like to go,” says O’Connor. “I talk to them about how whatever course they might do after school won’t always neatly match their job: I did history of art and Italian in UCD and now I’m a guidance counsellor. I wasn’t great at languages at all and sometimes it was a real struggle, but I got better and now I’m fluent in Italian.

“In careers class, we do look at negative brainstorming: when they’re starting off and haven’t a clue what they want to do, they can look through the CAO handbook and safely cross off what doesn’t interest them. If you think you might not like a job, ask yourself why. Is it that you don’t have the interest, or is it because of aptitude or ability?”

Guidance counsellors like O’Connor help young people explore the ways of learning that suit them best. “The model of multiple intelligence suggests that we all possess different strengths which include visual, spatial, interpersonal, intrapersonal, musical and other skills. We all tend to veer towards subjects that we are good at or interested in. But with practice, we can improve.”

Stanford psychologist Dr Carol Dweck has put forward the theory of fixed and growth mindsets which suggests that people recognised for being intelligent may actually avoid taking on challenging tasks, whereas recognising someone for their work and effort, as well as helping them to reflect on their own learning – which O’Connor says is key to the Educate Together model – encourages them to take on tougher tasks.

“It’s really important that we don’t box young people in or write off their chances in certain areas,” says O’Connor. “Instead of explicitly or tacitly going along with the notion that, for instance, they’re ‘not good’ at science, we should encourage them to see what it would take to make them better at science. We need to try and move away from that fixed mindset so that the full spectrum of course choices – including PLCs, apprenticeships and college courses – opens up for students.”