Ask Brian: Do I have to make my school’s ‘voluntary’ contribution? 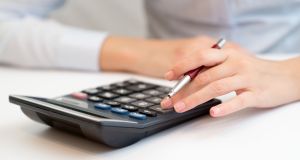 Most parents who can afford the voluntary contribution pay it, and those who can’t do not. Photo: iStock

Question: I received a reminder letter from my son’s secondary school regarding a voluntary contribution. I did not respond to the original request in September and I feel intimidated by receiving a second request. If it is voluntary, why ask for it a second time? I am concerned that my decision will affect the school’s attitude to my son.

Answer: No school should ever allow a parent’s inability or unwillingness to support the school financially to in any way affect their engagement with any pupil. Teachers, in any case, should have no knowledge or interest in such financial matters.

Regarding the voluntary contribution itself, its existence arose as a central building block of the so called “free education” scheme introduced by the then minister for education Donagh O’ Malley in 1966.

What O’Malley sprung unannounced on his colleagues – including the Department of Finance – was a £25 per year payment for each pupil registered in every school, who agreed to forego the “fees” which all voluntary secondary schools charged up to that date.

I was a first-year student at the time, and the annual fees were £39. Many other schools had fees in excess of £50-60.

The initial reaction of many schools was to carry on as previously and forego the £25 per pupil, as accepting it would have opened a huge hole in their finances.

At the end of this process, 60 to 70 schools throughout the country – many based in south Dublin – decided to carry on as before. They are today what we refer to as fee-paying schools.

In recent years some have questioned why the State pays the salaries of teachers in these schools?

Teachers’ salaries were in 1966 and are today totally unrelated to whether schools opt to join the State scheme. However, the pressure exerted on Government over this issue has seen the State reduce in the past few years the number of Department of Education-funded teaching posts in these fee charging schools.

It looked for a while in 1967 as if the scheme would be ignored by many more schools, as they felt the limited State funding on offer would undermine their quality of education.

It was evident that £25 was the upper limit of funding that O’Malley could secure, so a political solution had to be found.

Thus was born the “voluntary contribution”, a concept which allowed the State to deem the school non fee-paying, while at the same time allowing the patents to voluntarily pay the school the difference between the original fee (in my schools case £39) and the State capitation grant (£25).

Fifty years later, the actions taken to get “free” education off the ground are lost in the mists of time.

In your circumstances, you may choose to support your child’s education by making the “voluntary contribution” or not. The truth is, most parents who can afford the payment pay it, and those who can’t do not. Schools totally accept that reality, and manage their finances accordingly.