Who is Justice Aileen Donnelly and why have her actions caused anger in Poland? 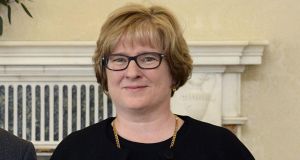 Ms Justice Aileen Donnelly, the High Court judge criticised by Polish media this week after raising concerns regarding the country’s legal system, is widely respected within the Irish legal establishment.

A barrister of 26 years experience with a keen interest in issues of human rights and due process, and a High Court judge since 2014, Ms Justice Donnelly (52) has been credited with mastery of complex law and an impressive work rate in producing judgments.

She was cast into the spotlight this week following her decision to suspend the extradition of Artur Celmer to Poland for alleged drug trafficking offences.

Concerned by changes in the country’s legal environment, Ms Justice Donnelly will ask the European Court of Justice if it is correct to consider the deterioration of the independence of the Polish judiciary in making her decision.

That position provoked an incredulous response in Poland, particularly from elements of the media which focused on her own background and sexual orientation.

The commentary was condemned by the legal establishment in Ireland, particularly the Association of Judges of Ireland.

Legal colleagues have pointed out that concerns over the shift in Poland’s legal system and its potential consequences for those sought on European Arrest Warrants (EAWs) reach far more widely than one judge.

“It’s by no means a personal concern to Aileen Donnelly. It’s widely shared,” a member of the judiciary told The Irish Times.

Ms Justice Donnelly was called to the bar in 1988 and practised as a barrister for 26 years before her elevation to the High Court in 2014. She is married to Dr Susan Miner. A graduate of University College Dublin (UCD), she quickly involved herself in human rights and other interests.

In the early 1990s she joined the Irish Council of Civil Liberties (ICCL), becoming co-chair of the organisation in 1999.

“She is a very good lawyer and a very good barrister with a very deep interest in human rights issues,” said Michael Farrell, a solicitor and fellow co-chair of the ICCL during Ms Justice Donnelly’s tenure.

During that time, Mr Farrell recalls, she developed an interest in opposing emergency legislation on extended detention powers. This was used for paramilitaries but concerns later arose around their use in ordinary criminal procedure.

“She was an extremely good colleague: hard working, dedicated, very principled and very pleasant to work with,” he said.

Today, Ms Justice Donnelly is the head High Court judge in charge of extradition and EAWs.

This includes outward cases – those who, as in the Polish case, are wanted by authorities in other jurisdictions – and inward cases regarding people sought in Ireland by the Director of Public Prosecutions (DPP).

A judicial colleague said, “The judgments she has produced are very technical and very detailed. It requires a lot of ability to manage.”

Last year Ms Justice Donnelly granted the extradition of Belfast native James Corry, wanted in Germany on suspicion of involvement in an IRA bomb attack on a British army base there in 1996.

She also ordered the surrender of Dutch national Naoufal Fassih to police in the Netherlands. Mr Fassih was wanted on three EAWs on suspicion of attempted murder and money-laundering. He had been arrested in a Dublin apartment linked to the Kinahan crime cartel.

As with the judiciary, barristers in Dublin have responded with “fury” to her targeting by the Polish media, according to one member of the Law Library.

“She actually knows a lot about extradition law and that is very important to point out,” she said.

Describing Ms Justice Donnelly as a “great appointment to the bench”, considered fair and intelligent on both sides of the court, the lawyer said she had generally attracted respect across the profession.

“To have been attacked so personally, it’s inappropriate that a judge would be attacked personally based on a decision they have made.”