Public inquiry into clerical abuse in the North faces setback 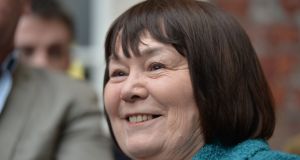 The process put in place by the Northern Ireland Executive to determine if there should be public inquiries into clerical child abuse, mother and baby homes and Magdalene laundries has suffered a setback after the chairwoman of the Stormont task force responsible for examining this resigned.

Norah Gibbons, the independent chairwoman of Stormont’s Inter-Departmental Working Group – set up in 2016 with responsibility for making recommendations on these matters – resigned on Monday on health grounds.

Victims of clerical child abuse and mother and baby homes in the North have been waiting for over a year for meetings with the working group which have now been cancelled.

He also said victims felt it was vital there should be public inquiries without further delay into clerical child abuse and also into mother and baby homes in the North to examine issues around “arbitrary detention, ill-treatment, and the forced adoption of babies”.

Earlier this month former Dr John McAreavey resigned as Bishop of Dromore amid controversy over him celebrating Mass alongside Fr Finnegan when he knew he was a paedophile and officiating at his funeral.

A PSNI public protection branch investigation is under way to examine the allegations of clerical and institutional abuse concerning the deceased paedophile priest, who died in 2002.

A line of inquiry being pursued by officers is to determine if any individuals in the Catholic church failed to report a crime, an offence under section five of the Criminal Law Act (NI) 1967.

A priest based in Co Down where Fr Finnegan used to live has received “hate mail” telling him to leave his parish over the sexual abuse scandal in the Dromore diocese.

On Sunday Fr Charles Byrne told parishioners in the Clonduff parish in Hilltown he had received an “abusive” message in the mail.

He gave the letter to his lawyer who then passed it to the PSNI.

Abuse victims have said they were abused in the parochial house by Fr Finnegan, who had served as parish priest there at one time.

Fr Byrne and other clerics are no longer using the property for staying overnight.

1 Unflappable ‘Dr Tony’ became public face of Covid-19 crisis response
2 Bobby Storey: The IRA's planner and enforcer who stayed in the shadows
3 Ireland’s official coronavirus death toll likely to have been overstated, report finds
4 Gardaí to start checking pubs to ensure Covid-19 guidelines being followed
5 Q&A: How close are we to having a Covid-19 vaccine?
Real news has value SUBSCRIBE