Prisoner numbers in highly successful rehabilitation scheme cut by half 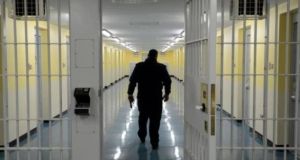 The number of prisoners admitted to an early release programme which has a 90 per cent success rate in preventing reoffending has been cut by half in recent years.

Under the Community Return Scheme, inmates serving a sentence of more than one year and less than eight years are eligible for early release on condition they have completed at least half of their term and are not judged a threat to the community.

In return they must perform community service for an agreed period of time. Most participants are near the end of their sentences, and would ordinarily serve that time in an open prison.

According to one 2014 study, Community Return participants contributed over €1.7 million worth of unpaid work to the community.

Another study showed 91 per cent of those who completed the programme in 2011 had not returned to prison over the following two years.

The Irish Prison Service (IPS) calls the Community Return programme “one of the success stories for the criminal justice system in recent times”. It has won national and international awards and a 2014 IPS evaluation recommended its expansion.

Instead, the IPS has more than halved the number of prisoners being admitted into the programme. The numbers have been trending downwards since at least 2015 when there were usually well over 100 prisoners on Community Return at any one time.

So far in 2019 that number has seldom been more than 50 and is often significantly lower, according to the latest prisoner population statistics.

Asked about the decline, an IPS spokesman said prisoners need to go through a selection process before admission to the programme.

“The numbers currently engaged in the process are those who were selected as suitable.”

The IPS said the current high compliance rate is a reflection of the strict selection process.

The trend has caused alarm among prison reformers such as the Irish Penal Reform Trust (IPRT) especially as it comes at a time when overcrowding is again becoming a problem in prisons.

Currently six out of the country’s 11 prisons are over capacity, with inmates in some institutions having to sleep on the floor.

“IPRT is very concerned at the reduction in the number of prisoners accessing the community return programme, considering its proven success at reducing prisoner numbers safely and supporting reintegration into the community,” said IPRT executive director Fíona Ní Chinnéide.

“The burden on the prison system is reduced, and the community gains from unpaid work carried out. It’s a win-win programme for everyone.”

“Temporary release plays a critical role in supporting reintegration for people leaving prison and for their families and communities. It simply does not make sense to exclude any category of offender from accessing this important rehabilitative mechanism.”

She also called for research into why the programme is less successful for female prisoners. Women are significantly more likely to commit an offence after completing the programme compared to men, despite having a lower recidivism rate in general.

“There is wide recognition that offending by women is better dealt with in the community, and therefore any barriers, such as access to safe and secure housing and mental health supports in the community, must be removed.”