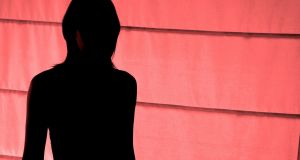 Under the Criminal Justice (Public Order) Act 1994, the advertising of brothels or prostitution is illegal.

An online petition calling on the Department of Justice to outlaw the “vile and exploitative” rating and reviews of women on escort websites has attracted more than 10,000 signatures.

The change.org petition is calling for an end to platforms which allow “punters to rate and review sex with women they rent”.

It requests that the department “introduce legislation which would prohibit the sex trade/escort website Escort Ireland from hosting and promoting the rating and and reviewing of women advertised on it”.

It also includes direct quotes from reviews left on escort websites including comments such as “she was largely unresponsive”, “she was disinterested”, “she was just looking at the ceiling in disgust” and “her body was that of a young teenage girl”.

Under the Criminal Justice (Public Order) Act 1994, the advertising of brothels or prostitution is illegal. However, websites hosted outside Ireland are not liable under this legislation. It is understood many of the escort websites accessed by Irish users are hosted internationally in countries with looser laws on the advertising of sex.

The author of the petition told The Irish Times she hopes the signatures will raise awareness of the “vile and exploitative reviews” used to describe women online.

The author, who used a pseudonym on the petition, says she does not trust society to adhere to “a legal and regulated sex trade”.

“I do not believe the general mentality of a large number of men who call themselves ‘clients’ is ready for such a radical change. I cannot pretend to agree that all men would respect the woman’s choice to sell sex enough for it to be totally safe for said woman.”

Sarah Benson, head of the Ruhama charity, which works with women affected by prostitution, says website review systems, which include a rating system on satisfaction and value for money, are not only “egregious in their content and attitudes” but are also “a mechanism in the ways women can be controlled in the future”.

She said: “Pimps and traffickers can read these reviews and make sure the women working for them show men a better time.

“In every jurisdiction there is a proportion of women completely coerced into this work. Then there are other women under aggressive third party control who may have at the outset agreed to get involved but didn’t realise until they came here how little control they would have.”

In a statement, Escort Ireland said each escort on the website “has taken a personal decision” on whether they wish to receive reviews.

“It is a free choice to allow reviews and we note that nobody has spoken to an individual advertiser for their opinion,” it said.

“We are not aware of reviews being used by pimps and traffickers as put forward by Ruhama, however we would welcome discussing this further with Ruhama.”

The website said that until customers demand otherwise, it had no plans to remove the review feature.

Asked to comment on the petition, a spokesman for the Department of Justice reiterated that the advertisement of brothels and prostitution is illegal under section 23 of the Public Order Act 1994.

A statement from the Sex Workers Alliance Ireland, a sex worker advocacy group, said those working in prostitution were reliant on escort websites to sell their services.

“The Government made it illegal for sex workers to advertise in Ireland and so we are dependent on these sites to sell our services. If you want workers to have more control of our work then you must allow us to operate lawfully.

“We are very concerned with people saying our consent means nothing, as that leads to actual violence. When I say yes to sex for money that is me giving consent. If I say no or am forced to against my will, even as a sex worker, that must be understood as rape.”

A change in the law was introduced in March 2017 which criminalises the purchase of sex rather than the seller.

However, groups supporting workers in the area have said the legislation change has forced the trade deeper underground and is putting sex workers at great risk of exploitation.

1 Gardaí disperse crowds gathered at coastal beauty spots
2 Six counties free of new cases of Covid-19 over past week
3 How lockdown has helped us to save money - and find new ways to spend it
4 George Floyd death: Man shot and killed by law enforcement in Kentucky
5 Looking past lockdown: Schools may reopen in July for children with special needs
Real news has value SUBSCRIBE