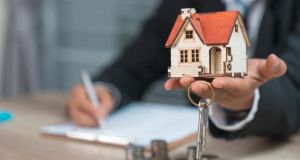 ‘Concerns have been flagged regarding how certain lenders have been processing mortgage tax relief at source, potentially inflating the level of arrears.’ Photograph: iStock

Mortgage lenders could be “usurping the statutory powers of the courts” by applying legal fees to struggling home owners in repossession cases before any decision has been reached, the Money Advice and Budgeting Service (Mabs) has said.

Concerns have also been flagged by the organisation regarding how certain lenders have been processing mortgage tax relief at source, potentially inflating the level of arrears.

The issues were raised at Waterford Circuit Court this week and have led to both adjournments and further assessments of numerous cases.

Mabs – a State run advice service for those dealing with debt – argues legal fees cannot be prematurely applied. It discovered the alleged practice by three lenders when examining the statements of debtors.

“Lenders who charge legal fees to mortgage accounts may be said to be usurping the statutory powers of the court to determine the question of costs in repossession proceedings by adding these costs to the mortgage balance and charging interest on them before the court has determined [the outcome],” said Yvonne Bogdanovic, manager of the Limerick branch of Mabs where the issue was first identified.

In one instance highlighted by the service, a mortgage holder was allegedly charged €3,500 by a lender for the issuing of an affidavit.

At Waterford Circuit Court this week, three cases were adjourned by the registrar for eight months to allow for further investigations into both issues.

It is understood about 40 case files will be reviewed in the county as a result of the hearing.

Ten cases are already known to have been flagged in Limerick and one in Dublin.

The full extent of the practices is not known.

A Mabs official told the Waterford registrar, evidence could be provided of a case elsewhere where a refund of several thousand euro was provided to one of its clients after it was shown their tax relief at source (TRS) credit was not being factored into their mortgage arrears correctly, resulting in the arrears appearing higher than they actually were.

Mabs has asked the Revenue Commissioners to examine several such cases.

Of the two issues raised, it believes the premature charging of legal fees is far more widespread.

The matter of TRS credits was discovered by a Limerick mortgage adviser who noticed “something amiss”, said Ms Bogdanovic.

“But if you’re just one person looking at your own mortgage statement you take it on trust. A lot of people do not have the financial literacy needed to know what is happening to them,” she said.

“Some of these practices worsen people’s situation by quite a bit and it’s probably a good idea to contact your local Mabs if you think you might be affected by this.”

The Department of Social Protection, which oversees Mabs, confirmed there was “discussion” between a Mabs representative and the Court Registrar in Waterford Court regarding two issues.

“The Department does not wish to comment on matters that are before the Court.”