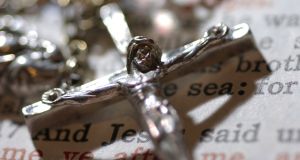 The Catholic bishops have expressed regret at pre-conditions for applicants in recent advertisements for medical posts at the National Maternity Hospital in Dublin.

One of the main preconditions for applicants for the posts in obstetrics and anaesthesia was a requirement to carry out elective abortions if appointed.

“The consequence for the entire training and recruitment of doctors to work in these positions in hospitals in Ireland is greatly undermined by these advertisements,” they said.

In a statement on Wednesday, the bishops said “this precondition runs totally counter to a doctor’s constitutional and human right to freedom of conscience.

“A doctor who is eminently qualified to work as a consultant in these fields is denied employment in these roles because of his/her conscience. Doctors who are pro-life and who may have spent over a decade training in these areas and who may otherwise be the best candidate for these positions are now advised that, should they apply, they would not be eligible for consideration.”

This, they said, “totally undermines the whole concept of freedom of conscience which was guaranteed in the recent legislation”.

The statement was issued following the bishops’ spring meeting at Maynooth which concluded on Wednesday evening.

They also announced that Bishop of Elphin Kevin Doran is to chair the new Council for Life, while Fr Dermot Meehan, administrator of Achonry diocese, has been appointed a member.

A spokesman for the National Maternity Hospital said it had already clarified that these particular additional posts were specifically funded by the HSE for the provision of termination of pregnancy services.

“They are therefore for individuals willing to contribute to the provision of these services. Other past and future posts are not affected. The conscientious objection guidelines for staff in both hospitals remain unchanged,” he said.

The bishops also encouraged people to support this year’s Trócaire Lenten appeal to assist the agency’s work in the developing world. Close to one million Trócaire boxes have been distributed throughout Ireland to parishes and schools.

This year’s Trócaire campaign is highlighting stories of people in Uganda, Guatemala and Syria who have lost their land, either through corporate land grabs, war or because they are women. Last year, Trócaire helped 2.8 million people in some of the world’s poorest countries.

Two of Trócaire’s former executive directors were honoured for their work with the agency. Justin Kilcullen, who served from 1993 to 2013, was conferred with the Papal Knighthood of the Equestrian Order of Saint Gregory the Great; while Éamonn Meehan, who held the post from 2013 to 2018, was awarded an honorary doctorate in theology from St Patrick’s College, Maynooth.