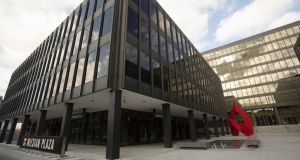 The Department of Health’s controversial move to new offices resulted in “ineffective expenditure” and “overpayments” of €21 million, the Dáil’s Public Accounts Committee (PAC) has found.

In a report published yesterday, the PAC made a series of recommendations arising from the relocation project, which was beset by costly delays and has been criticised by the state’s spending watchdog, the Comptroller and Auditor General (C&AG).

The committee found that the “delay in occupation [of the office] resulted in the ineffective expenditure of €11 million”, which it blamed on a lack of staff engagement regarding changes which were necessary to facilitate the move.

Meanwhile, the PAC found that the “method of calculation of the measurement used by the Office of Public Works [OPW] to determine the rent” was a “serious error and could result in a projected overpayment of €10 million during the lifetime of the lease”.

The state will spend up to €300 million on rent, fit out and other costs over the course of the Department of Health’s 25-year occupancy of the site. The C&AG report found that there was “no evidence of detailed consideration of other options” for the new departmental headquarters and that “no cost effectiveness analysis or other economic appraisal was carried out”, including no consideration of lease, buy or build options.

The report also flagged “extensive engagement” and “protracted discussions” over the fit out and configuration of the new offices, including the “layouts and furniture to be provided for assistant principal officers who had been accommodated in individual cellular offices prior to the relocation”.

It found that in addition to the monies spent on rent at Miesian Plaza, there had been costs incurred as a result of the continued occupation of the department’s former headquarters at Hawkins House in Dublin city centre.

The PAC has recommended that a programme of engagement and consultation with staff should take place in future “as an intrinsic part of any departmental or public office move”.

The OPW has also been told by the committee that all its leases now need to be “rigorously checked” before being signed, and that it should develop business cases for major projects with “a robust analysis of key options and alternatives, plus associated costs”.

The OPW defended the move to Miesian plaza, which it said was consistent with its goals for the State’s portfolio of offices. It said that it has now “put in place a number of measures and procedures to further strengthen our approach to managing large scale lease acquisitions”.

The PAC report also recommended that the Revenue Commissioners should change the rules governing the treatment of super rich citizens. The committee wants the threshold for being determined a “high wealth individual” lowered. Revenue currently classes 334 people as high wealth. The PAC also found there is “insufficient clarity in relation to statements of assets” by the super-wealthy, and recommended that Revenue require them to provide an annual statement of their assets held in Ireland.