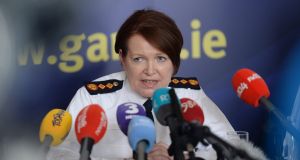 The situation over the missing summonses is likely to ramp up pressure on Garda Commissioner Nóirín O’Sullivan to quantify the problem and resolve it. Photograph: Dara Mac Dónaill

Government Ministers have expressed concern that the scale of the breath tests controversy may be significantly worse than outlined in two Garda reports yesterday.

The Cabinet met yesterday to discuss the two reports conducted by An Garda Síochána into the gross exaggeration of breath-tests figures by 1.45 million and the wrongful conviction of 14,500 people for motoring offences.

One of the reports, for the first time, revealed that many motorists who should have been summoned to court for motoring offences managed to sidestep the legal system entirely. The motorists failed to pay a fine sent to them, at which point a summons should have been served.

However, the gardaí prosecuting the cases failed to send the summons because they did not know they had to. Instead, they assumed summonses would be automatically sent, as they are for many offences dealt with under the penalty points system.

The Garda report on the fixed-charge notice, or penalty points, system notes the problem is ongoing. It was also unable to quantify the extent of the problem. However, in a sample of 63 cases where fines were unpaid, summonses had only been sent in one third of the cases when they were examined three months later. And by that time some of the cases had already become statute barred.

The matter is a grave one because the offences requiring the prosecuting gardaí to intervene and send a summons includes some drink-driving cases.

The situation is likely to ramp up pressure on Garda Commissioner Nóirín O’Sullivan to quantify the problem and resolve it.

The fact the loophole in the system is now emerging publicly will likely encourage some motorists to ignore their fines and not pay them in the hope no manual summons will be issued to them and they will escape the system.

Separately, sources in the Garda representative associations on Wednesday night told The Irish Times that if individual gardaí were pursued and prosecuted over the inflated breath-test figures, it would lead to significant infighting and resistance within the force.

“Our people were given little or no training and little or no supervision. And yet when we see the result of that mess, it’s the members who were abandoned who are supposed to carry the can. I don’t think so,” said one source.

Minister for Justice Charlie Flanagan said gardaí would be pursued.

The reports by Assistant Commissioner Michael O’Sullivan found gardaí exaggerated the breath tests, in some cases by up to 300 per cent, over a seven-year period.

Ministers spoke of their deep disgust at the revelations contained in the inquiries but outlined their fears that the extent of the problem is still unknown.

One senior Minister told The Irish Times: “If the findings of the internal audit were bad, imagine what the independent Policing Authority report will find. There is a sense we do not know the full picture yet and that is worrying.”

The Policing Authority is conducting its own independent assessment of the figures and the two reports by Mr O’Sullivan.

While there was no formal discussion about the future of the Garda Commissioner, Ministers agreed it was the role of gardaí to resolve internal issues and not that of the Government.

The Irish Times has learned Ms O’Sullivan left the country yesterday evening to attend a two-day security conference in The Hague hosted by Europol. She returned to work on Monday after a five-week break.

The commissioner expressed her deep dissatisfaction at the findings of the reports and insisted the same errors would not be allowed to develop again.

Ms O’Sullivan said: “These failures are completely unacceptable and all of us in An Garda Síochána must now take responsibility for ensuring this cannot happen again. Changes have already been introduced and we are committed to ensuring the required cultural, behavioural and systems changes are made.”

Mr Flanagan said he awaited the outcome of the Policing Authority report and would take “appropriate action” at that point.