Almost 3.5m tests were recorded as having taken place but just over 2m were actually carried out 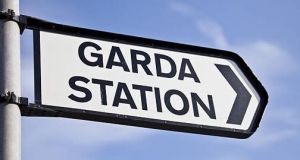 What is the controversy all about?

An internal report compiled by An Garda Síochána and released on Wednesday confirmed that more than 1.45 million roadside breath tests which never took place were logged by members of the force between 2009 and this year. In total almost 3.5 million tests were recorded as having taken place but just over 2 million were actually carried out.

How could this have happened?

The 103-page report compiled by Garda Assistant Commissioner Michael O’Sullivan lists a number of contributory factors towards the unreliable breath-test figures, including inadequate oversight and resourcing in Garda divisions, failure to follow correct procedure when logging the number of tests carried out, and functional difficulties in using the force’s Pulse computer system on which the tests were recorded.

Who is to blame?

While the report acknowledges the role of human error in relation to data input and reporting of breath-test figures, it states at various points that some of the erroneous data arose as a result of intentional inflation on behalf of individual gardaí.

Management of the force are currently investigating a number of specific allegations where gardaí were found to be deliberately bumping up breath-test figures, although it is stated that a more detailed examination is needed to identify the scale of intentional exaggeration and fabrication of tests.

It is also acknowledged that gardaí at a lower level felt pressurised to get through a certain workload of breath tests despite having to contend with dwindling resources during the recession. Staffing shortages meant those in supervisory roles were spread too thinly to maintain proper oversight of what was happening on the ground.

How are the findings being addressed?

The Garda Pulse interface has already been updated to make it less confusing for those inputting data, and the force has sanctioned the purchase of new breath-testing devices which automatically log entries.

The report makes a number of recommendations to ensure reliable data is recorded in future, including more realistic scheduling of drink-driving checkpoints, more frequent and robust reviewing of data, and better communication between frontline staff and the civilians who log information in the Garda Information Service Centre.

The report will be considered by the Government and Minister for Justice Charlie Flanagan, who has already said he will take “all the appropriate action” in light of the findings.

A further report on the breath test controversy is due to be published by the Policing Authority, which has oversight of An Garda Síochána, in the coming weeks.