Garda breath test scandal: How did we get here? 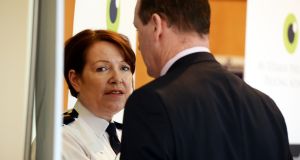 The first public indication that something was amiss with An Garda Síochána’s recording of breath tests came last year, when the force stopped publishing the statistics on its website.

However, the origin of the controversy can be traced back further, to an anonymous letter sent to the Road Safety Authority (RSA) in 2014 outlining concerns about breath-testing in the west of Ireland.

Such fears were heightened in 2015, when the Medical Bureau of Road Safety, which calibrates Garda testing devices, noticed a significant discrepancy in the number of disposable mouthpieces for breath-test devices ordered by gardaí and the number of tests being recorded on the force’s Pulse computer system.

Every time a garda tests a driver, a new mouthpiece must be put on the breath-test device. So, in theory, the number of mouthpieces used should provide a rough guide to the number of tests carried out.

However, it appeared gardaí were conducting more breath tests than their orders of mouthpieces would allow.

The bureau’s concerns were confirmed by a Garda review of operations in the Cork and Kerry regions, which found that the number of breath-test results uploaded to Pulse was 17 per cent higher than the figure suggested by the number of mouthpieces used.

There was much confusion in senior Garda management about what was happening. Was it an administrative error, careless data recording or, worst of all, deliberate inflation of the numbers?

A nationwide audit was ordered and the Garda stopped publishing the breath-test data on its website. But the full extent of the scandal had yet to become apparent.

In February 2017, the story broke in The Irish Times, placing increased pressure on Garda Commissioner Nóirín O’Sullivan, who was already dealing with other Garda scandals such as the alleged mistreatment of whistleblowers by the force.

As well as reporting a large discrepancy in the figures, The Irish Times report also described a complaint the RSA had received from a witness - who said he saw a garda blowing into a breath-test device in a Garda station and then recording the results on the Pulse system.

Ms O’Sullivan came under further pressure soon after from the Policing Authority, which was most unhappy that it had to read about the issue in the media rather than being informed about it by Garda management.

Deputy Garda Commissioner John Twomey said the authority was not informed “due to an administrative error on my behalf”.

Extent of the problem

In March of this year, the true extent of the problem started to become apparent. Assistant Garda Commissioner Michael Finn said it appeared An Garda Síochána had only carried out half the tests it had recorded between 2012 and 2016.

Mr Finn said the Garda did not know why the figures were so wrong. He insisted procedures had been changed in order to ensure it could not happen again.

Separately, the Garda also admitted that 147,000 motorists were wrongly summoned to court for road traffic infringements after they had already paid fixed-charge notices.

About 14,500 convictions arose from those cases, all of which will have to be retrospectively examined in court by gardaí at substantial cost to the State.

An internal investigation into the breath-test figures and the convictions for motoring offences was carried out by Garda management, leading to the report which was put before Cabinet on Wednesday.

As revealed by The Irish Times last Saturday, the report confirms what everyone suspected - in a significant number of cases gardaí simply made the breath-test numbers up. Other cases were the result of administrative errors, the report states.

What did come as a surprise was that the number of false breath tests was even higher than initially believed. Instead of one million, the real figure was 1.5 million over the course of seven years.

The report does not mean the end of the matter. The force is facing substantial legal bills for wrongly summonsing thousands of people to court.

“Enormous responsibility and great trust is vested in An Garda Síochána and it is therefore vital that members of the force discharge their duties with professionalism and integrity,” he said.

The Government has, to date, stood by Ms O’Sullivan as scandals have arisen throughout her relatively short tenure as leader of the force.

Opposition politicians have used the breath-test issue to make the case that it is time for the commissioner to step aside. Those calls will undoubtedly grow louder in the days ahead.