‘Dramatic rise’ in attacks on sex workers since law change 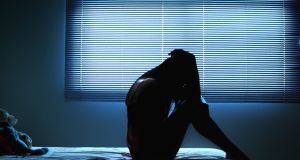 Sex Workers Alliance Ireland said people it is in contact with were experiencing more harassment, abuse, robberies and violent attacks.

Attacks on sex workers have increased dramatically since a change in the law last March which criminalised the purchase of sex, according to groups supporting people working in the area.

One group said it had received 1,635 reports from sex workers who were concerned about clients in the five months since the law change, a 61 per cent increase on the same period last year. Some 137 of these incidents involved violence, including sexual assault, with knives or guns reportedly produced in 12 of these case. A total of 79 incidents of violence were reported in the first five months of last year.

The figures were compiled by Lucy Smyth who developed the Ugly Mugs mobile phone app and website which sex workers can use to report concerns about clients.

“Any sex worker working in Ireland currently is almost certainly going to know about the many violent attacks there have been. Even publicly on Twitter a sex worker was telling us a couple of days ago that she is leaving due to the increase in violence,” Ms Smyth said.

Sex Workers Alliance Ireland said people it is in contact with were experiencing more harassment, abuse, robberies and violent attacks.

“Sex workers have always disproportionately experienced more violence and abuse than other people in society due to stigma, but we have seen a marked increase since the law changed in March of this year,” a spokeswoman said.

In July of this year there was a spate of knife attacks and robberies against transgender sex workers. Gardaí believe the attacks were carried out by the same three man gang and that transgender workers were targeted because the gang believed they would be less likely to make a criminal complaint.

“Sex workers are now operating under a regime of fear. We warned [then minister for justice] Frances Fitzgerald at the time that this would happen,” said Laura Lee, a sex worker activist.

Ruhama, which unlike SWAI and Ugly Mugs supports the criminalisation of the purchase of sex, said it has also seen a rise in attacks but does not believe it is linked to the change in the law.

“There’s definitely been a spate of attacks but no matter what legislation you have, prostitution is a dangerous thing,” Ruth Breslin of Ruhama said.

The alliance is encouraging sex workers to liaise with gardaí about their concerns. Ugly Mugs has met with gardaí in the past but is reluctant to pass on its user’s complaints because of data protection concerns.

A Garda spokesman said it is liaising with people in the industry and that two female detectives have been assigned to take calls from those concerned.

“They’re in possession of designated mobile phones. It’s not manned 24/7 but there is a messaging facility on the phone and the members will go back through the messages when they come back on duty.”

Minister of Justice Charlie Flanagan is concerned “at reports of any physical violence against any person,” a spokesman said. He said that the law is designed to reduce demand for prostitution which would reduce instances of trafficking and exploitation.

Ugly Mugs has faced criticism in the past from Ruhama for its links to the Escort Ireland website, which is used to advertise sexual services.

One of the most worrying aspects of the rise in violence against sex workers is the increasing use of knives and other weapons by attackers.

“It’s only a matter of time before someone ends up dead,” said Aisling, a sex worker who operates from an apartment building in Dublin.

“I had a client recently who told me he’d cut my head off,” she told The Irish Times. “He called me and he seemed fine on the phone. He came up and I told him he had to have a shower as I do with all my clients.

“He became extremely aggressive and told me ‘I’ll slice you up’ and ‘I’ll cut your head off’”. The man left before harming Aisling but she was unable to sleep for several nights afterwards.

“Some clients try to force you to do something you don’t want, a guy in Galway stole my phone once and push me against the wall,” she said.

“I have been threatened with having my throat slashed and on another occasion, a bullet in my head,” says Megan, another sex worker.

Sex workers say it’s not just violence or threats of violence that have risen since the change in the law.

“I had clients who said to me if I didn’t do something he wanted he will call the garda and send to my apartment, it’s like a blackmail,” Eva said.

“The amount of abusive texts has increased since the law has passed, guys thinking it’s okay to call you disrespectful names, referring to you as a ‘whore’,” said Megan.

She said the law change means more competition and it has forced workers to accept clients they would previously have declined.

“Some girls are accepting business off guys who have been reported for being violent. The new law has solved nothing but put many more in the way of danger.”