Man stabbed in the neck in Belfast on Christmas Day 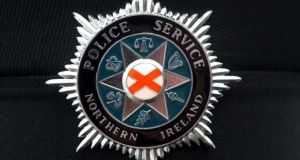 Police have appealed for witnesses after a man was stabbed in Belfast on Christmas Day.

The man was walking between Turf Lodge and White Rock when he was allegedly set upon by three men.

A Police Service of Northern Ireland (PSNI) spokesman said: “Just before 11am, it was reported that a man in his fifties received a stab wound to his neck as he was walking between the Turf Lodge and White Rock areas yesterday.

“It is believed that three males verbally abused the man and then one of the males stabbed him in the neck.”

The man was treated in hospital for injuries that are not believed to be life threatening.

Police have appealed for anyone who witnessed the incident or who may have dash-cam footage at that time from the area to contact police on 101, quoting reference number 551 25/12/18.

Alternatively, information can also be provided anonymously to the independent charity Crimestoppers on 0800 555 111.–PA