A captive audience: How Oberstown educates its young residents 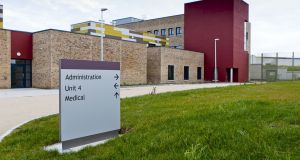 Pat Bergin talks more like a social worker than someone in charge of a detention facility.

He doesn’t speak about crimes but “challenging behaviour”. And those in his charge are not inmates or detainees, they’re residents or simply “the young lads”.

There are 41 residents, aged 13-17, in the north Co Dublin facility (all but two of them male) and 28 teachers. Added to this are the ready access to mental health and addiction services and a multitude of programmes including teen parenting and sex education courses.

The facility could accommodate another 13 young people but it rarely reaches capacity. It is still the case that detention is the very last resort for children who offend.

Bergin believes if this level of intervention was available for children in the community, many of them probably would not end up detained in Oberstown. But it is not a zero-sum game, he says.

When detainees come to Oberstown they engage with their education, and their reading and writing improves. One reason for this is there are only four students per class, Bergin says. Another is they are in every sense of the word “a captive audience”.

“The system in the community doesn’t deal with a young person who is slightly different, who doesn’t engage. Here it can be more tailor-made.”It costs €934 a day to detain a young person in Oberstown or €340,983 a year. By comparison it costs about €75,000 to lock someone up in an adult prison.

After negative news stories from Oberstown, including serious riots and a High Court ruling that it had denied some detainees their rights, it is eager to highlight its successes from 2018.

A three-year plan to improve areas such as staff retention, care quality and governance is well ahead of schedule and a range of new rehabilitation programmes are seeing enthusiastic uptake from residents, Bergin says.

Most teenagers are not happy about being in Oberstown, although for some it is a much needed break from a chaotic home life, deputy director Lena Timoney says. Staff can use that break to educate residents and their families and to fix broken relationships.

“You get lads saying, “I don’t want to be here but it’s okay to be here,” Bergin says.