Man (20s) charged in relation to assault in Dublin 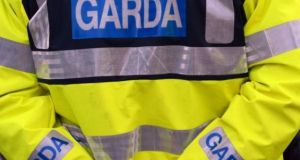 A small blade was recovered at the scene

A man in his 20s has been charged in relation to an assault which took place in Dublin in the early hours of Thursday morning.

Shortly after midnight, gardaí were alerted to an incident of assault on Store Street in Dublin 1.

A male, aged in his 20s, received a “number of injuries” as a result of the assault, gardaí said.

The man was taken to the Mater Misericordiae University Hospital where he in a stable condition. A small blade was recovered at the scene.

A second male, also aged in his 20s, was arrested and brought to Store Street Garda Station where he was detained under Section 4 of the Criminal Justice Act, 1984.

He has since been charged in relation to the incident and will appear before the Criminal Courts of Justice on Thursday morning.