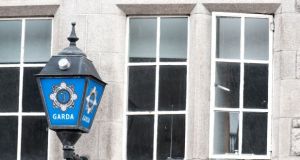 A postmortem could not definitively state if the victim was murdered, meaning the investigation has not yet been upgraded to a murder inquiry

Two men, aged in their 30s, who were arrested in relation to the death of Alan Hall in Dublin last month, have been released without charge.

Hall (45) was found dead in a house in Clondalkin on May 18th, but the exact cause of the Mr Hall’s death remains unclear.

He was found with extensive injuries consistent with an attack but there were also signs of smoke inhalation.

A postmortem could not definitively state if the victim was murdered, meaning the investigation has not yet been upgraded to a murder inquiry.

Two suspects were arrested Monday morning in the Dublin area and were detained under section 4 of the Criminal Justice Act, 1984 at Clondalkin and Lucan Garda stations.

Gardaí hoped the arrest and questioning of the two men would progress the investigation.

However, they have now been released without charge and files will be prepared for the Director of Public Prosecutions.

Last month gardaí based in the Clondalkin station issued an appeal for assistance from members of the public.

Mr Hall is understood to have lived alone at the house on Bluebell Avenue and was receiving assistance from homeless services.

It is understood that Mr Hall previously worked as a butcher and while he was known to gardaí, he was not a serious criminal and he had not come to the attention of the Garda for some time.

His body was only discovered on the morning of May 18th, after neighbours were alerted by the fire alarm.

Dublin Fire Brigade attended the scene and discovered Mr Hall’s remains. Supt Seamus Dalton then said gardaí were “conducting a criminal investigation into all the circumstances” surrounding the case.

Gardaí are continuing to appeal to anyone with information who has not yet come forward, particularly anybody who was in the vicinity of Bluebell Avenue, Old Naas Road, Dublin 12, on either the evening of Sunday, May 17th into the morning of Monday, May 18th, 2020 to contact Gardaí at Clondalkin on 01 666 7600.